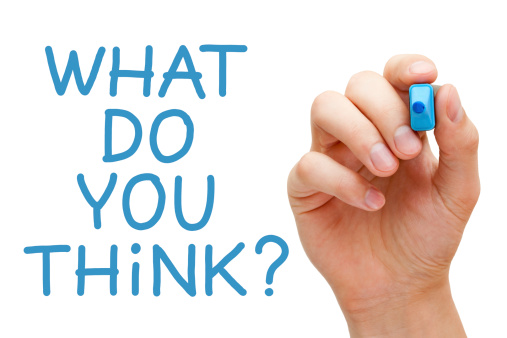 The two-way street known as feedback is a pothole-laden mess for both clients and freelance writers alike. Writers are naturally defensive of their work and don’t want to feel like their work isn’t good enough. At the same time, clients pay good money to get what they want and they shouldn’t have to feel like they’re talking down to writers to get what they’ve paid for. The two sides of this equation will never truly be equal, which is why feedback is so important. It’s the only way for writers and clients to get on the same page and produce great content together.

As a writer, there’s no worse feeling than getting an email from a client asking you to revise something you’ve written. You cringe as you open the email, waiting for the client to rip your hard work to shreds. In most cases, it’s not as bad as you expect, and after a deep breath and a few minutes to process everything, you can stop whipping yourself. But in some cases, you’re asked to make such a minor change that you wonder why the client even bothered. Why, you think, couldn’t they have just fixed it themselves?

The reason, of course, is because the client just did you a favor. If the client fixes a little something on their own, you likely will never find out about it. That means you’re that much more likely to do the same thing in the future, once again resulting in the client making manual revisions. Before long, the client will get tired of fixing your work and will find someone else who can get the job done on their own. Do you really want to lose a client over a simple fix that would have taken you seconds?

Of course, the client is culpable as well. Clients are people too, and they may feel bad asking you to revise anything, big or small, because they don’t want to risk hurting your feelings. However, failure to point out things that need changing puts an even bigger dent in the relationship.

Consider the above example of festering resentment regarding a small change in the writer’s first job for a client. The client may hesitate to contact a writer about something so small because they’ve got a good one and they don’t want to do anything to rock the boat. But what they’re really doing is putting the first crack in the foundation of the writer-client relationship. Setting a bad precedent so early on in the partnership is a recipe for disaster in the end.

Clients can be gun-shy about submitting feedback, and writers can be terrified about being on the receiving end. But feedback is what makes the writer-client relationship go round, and no partnership can survive without it. Therefore, it’s imperative that writers and clients alike find common ground. Feedback only helps both parties to achieve their common goal – a great piece that makes readers happy.

Bryan B is a freelance writer based in Long Island, N.Y. He is passionate about bad movies and bad puns, and he still thinks pro wrestling is real.