What working for FEMA taught me about freelancing 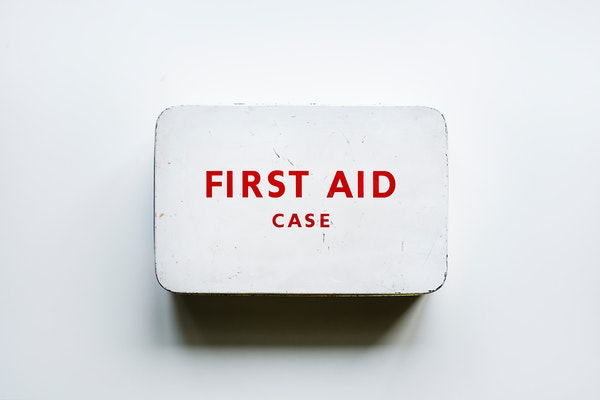 In this world, there are three types of people when it comes to disasters: those who run away, those who grab some popcorn, sit back and watch the show, and then there are those crazy few who run right into the disaster. Once upon a time, I was smack in the middle of that last category.

I started working for the Federal Emergency Management Agency (FEMA) during Hurricane Katrina in 2005. I was in Public Affairs, Special Projects and my primary role was Media Briefing Coordinator.

To say it was an education is an understatement.

I was with the agency for a couple of years and found myself deployed to Washington, D.C. to work on a special project related to some wildfires. They told me I would be there for two weeks.

I have been through some stuff, hurricanes, tornadoes, wildfires, and even an earthquake (that was fun – I was on the 8th floor of a building). I have seen the worst of people and the best, I mean heartbreaking, heart-swelling stuff.

I learned about every aspect of disasters from response to recovery. I’ve learned about people – the deep parts of the psyche where few dare to venture.

I had experiences that will stay with me forever.

And I learned about myself.

So, what does this have to do with freelancing? Well, you might be surprised. Here’s what FEMA taught me about freelancing.

Hurricanes you can usually see coming; earthquakes, fires, tornadoes, and man-made disasters, not so much. When we were deployed to respond to a disaster, we usually had 24 hours or less to get there. Since packing takes time and the first rule of packing under pressure is you forget half of your stuff, I kept a bag packed and ready. For things I would have to grab last minutes like my computer, phone charger, and toiletries, I had a prioritized list. I could be ready to go in less than 10 minutes.

Freelancing is much the same way. You might not see that next awesome assignment coming which means you won’t have much prep time. I try to always be ready to dive in. My regular clients are well managed, and any new assignments are worked in, but I try to leave some wiggle room so I can handle emergencies and rush orders now and then. In short, I basically keep my freelancer go bag packed and ready to roll!

Be prepared for anything.

Three weeks after Hurricane Katrina wore out her welcome in southeastern Louisiana, Hurricane Rita paid a nasty little visit to southwestern Louisiana. We never expected to find ourselves working two hurricanes at once, but there it was so we rolled with it.

As a freelancer, I’ve found that expecting things to always run smoothly is a fantasy. Life happens and you have to be prepared for it to happen to you AND to your client. I have had clients get called out of town very suddenly, I’ve had to take my mother in law to the emergency room while a deadline is looming, and then there was that special time the lawn guy ran over my internet cable before they were able to get out and bury it. Back up plans rock, even if it’s just having a phone capable of getting you on the internet so you can shoot your client a message to let them know you will be delayed.

At FEMA we called it “FEMA Flexible.”

In my world, I call it “Freelancer Flexible.”

Forget the “it’s not my job” mentality.

When I was in New York working Hurricane Sandy my job was to go door to door in the affected areas handing out information on assistance. It was late in the afternoon on a chilly November day and my partner and I were finishing up a street before heading a few blocks over to meet our team and head back to the hotel. I passed what I thought was a vacant lot, but something made me look back.

It was a small house. A very dark house, no lights on but a car on the curb.

My partner wanted to go. She said no one was home. Our team was waiting. But I had to go check.  And I’m glad I did. When I knocked on the door a woman answered, her 86-year-old father behind her. They were bundled up because they had no electricity. All the houses around them had electricity but somehow, they did not. They were freezing and had nowhere to go.

They had tried to call for help but could not get through. I took their information and had my team take a detour to the Disaster Recovery Center (DRC) where the utility company had representatives.  I gave them the information and explained the situation. Within two hours they had electricity restored to the man’s home and he had heat!

What that my job? Technically, no. But it needed to be done.

Now I am not saying to do a bunch of work for free, but it doesn’t hurt to go above and beyond now and then. Excellence keeps clients coming back and you have more leverage to get better rates. A word of advice, inserting an extra keyword that you know will work well or formatting a piece that needs a little extra TLC is all it takes to make a great impression. Plus, lending a helping hand once in a while is just being good people. It can also lead to some pretty sweet freelancing gigs.

One thing I learned quickly about FEMA is that the title they give you is a suggestion, not a hard, fast rule. I was skipped around all over the place, wherever there was a need. One day I was coordination media events for the governor and the next day I was going door to door handing out assistance information. One morning I headed out to a particularly devastated area to meet with a prince from France (and his entourage) so he could take a tour. That afternoon I was folding brochures to give to attendees at a town meeting.

I also found myself in very unfamiliar water more than once. I had never edited video in my life, never been anywhere close to anything associated with it, yet when our video editor was going on an out of town assignment, I found myself sitting in his booth getting a crash course in video editing and uploading b-roll to satellite for media outlets to gain access.

Freelancing is like that. You have to be willing to roll with whatever they throw at you – almost anyway. Now, this is not to say you can’t throw something back if you truly feel that you can’t do it justice or handle it with the in-depth attention that it needs, but for the most part, you need to be willing to learn new skills and try new things.

Because honestly, sometimes clients can come up with some pretty wacky stuff to throw at you.

It’s not all about you.

I once visited a shelter and was talking to the people there about what questions and concerns they had regarding the process. I walked over to an older man and sat down to talk to him. He was very kind, gracious and even tried to share his MRE and water with me.

As we talked, he shared his experience with me. He had been evacuated to a large facility that quickly dissolved into pure chaos. When local and state officials began sending buses in and moving the people to other areas, there was a literal stampede as they scrambled to get on a bus and get out of there.

This kind man had been knocked down and trampled, his front teeth knocked out and his shoulder badly injured. He was exhausted and dazed by the time he got on a bus and over the next couple of weeks was shuffled from one shelter to another across several states. He had just landed at this shelter the day before. As I looked at him, I saw those hollow eyes that so many have when they go through traumatic events like a natural disaster. My heart broke for him.

I spoke to him for a few moments and then we parted. My 16-hour shift was ending, and I had planned to go directly to the hotel. Instead, I made a detour. I went back to the Joint Field Office (JFO) and found the Red Cross representative. I gave him the man’s information, told him the story and said he needed medical attention. He left immediately. Later that night he called to tell me they had gotten the man to the ER and he was admitted. He was receiving the care he needed. Oh, and he had a broken clavicle – all that time. I can only imagine the pain.

I say this to say, it’s not about you. What you are writing is not yours. Your client is paying you for it. They are purchasing your product. The work is theirs and your responsibility is to give it to them the way they want it. However, if you see a problem, speak up!

Don’t be afraid to ask questions, address issues that you see like misspelled or clunky keywords or awkward structure that affects the content’s natural flow. If they want it, great. If not, that’s OK too. It’s not about you. Give ‘em the Pickle.

Are you looking for a career that’s (almost) as exciting as disaster chasing with FEMA? Freelancing just might be for you! At Writer Access you get the freedom of freelancing but when you’re in a bind there’s a super staff ready to back you up and help you out. We love our writers and it shows! We offer some of the best rates and a streamlined, simple platform that will make work so much easier. Come write with us!

Stephanie M. works with businesses to create web content that leaps off the page (or screen) to inform, educate, and engage, leading to social sharing, conversion, and return visits. She does it all: blog posts, articles, social media management, website content, press releases – you get the idea. Her work as an analyst/disaster response specialist with FEMA in Washington, D.C. gave her a unique insight into disaster prep, response, and recovery. She helped individuals and businesses recovering from major disasters (including hurricanes Katrina and Sandy), as well as provided educational material for disaster prep. When she left the agency, she used what she learned in the disaster arena to help businesses thrive and survive. There are many lessons to be learned there.