What I Learned from “Ghostwriter” 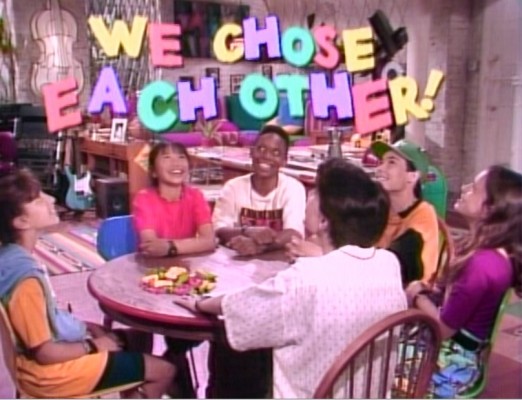 We don’t know where he came from.

He just showed up one night.

(What is that thing?)

He’s not an alien.

He wants to be friends with us.

He can read anything.

He takes letters, and he writes with them.

We’re the only ones who can see him.

That means he wants you on the team.

You have to promise never to tell anybody about Ghostwriter.

“Ghostwriter ,” that amazing television show from the 1990s , struck quite a chord with me growing up. I can recall sitting and watching the young detectives solve mysteries with the aid of the mysterious Ghostwriter. Whether or not it influenced my love of words is a chicken-before-the-egg statement. I’d like to wistfully think that there is a magic formula, such as “Ghostwriter” plus avid cereal box reader equals bestselling freelance blog writers. But, in actuality, writing professionally cannot be willed by the likes of such. At the same rate, it is interesting to think back on those things including television shows that have influenced our paths.

As I was reminiscing for the idea for this blog post, I sat and watched dozens of episodes of “Ghostwriter” on YouTube . As the ethnically diverse cast of the show zipped and zoomed about Brooklyn trying to solve mysteries, I had my own mystery to solve. Just who, exactly, is this Ghostwriter character? As you can see from the theme song lyrics, this word-wielding mystery character was a man–and that is about all you can see. A bit of detective work, and lo and behold, the mystery is no more.

The New York Times CUNY Graduate School of Journalism confirmed in 2013, after 20 long and curious years, that the Ghostwriter was based on an actual ghost. According to “Ghostwriter” writer and producer Kermit Frazier, “Ghostwriter was a runaway slave during the Civil War. He was killed by slave catchers and their dogs as he was teaching other runaway slaves how to read in the woods. His soul was kept in the book and released once Jamal discovered the book.”

Mystery solved. Now we can all rest easy tonight.

Along my writing journey for this blog post, I discovered that other writers have favorite television shows. These shows are somewhat influential for various reasons. For example, I myself had never heard of the term “ghostwriter” before watching the show by the same name. I am positive of that and, while the show itself gave a very convoluted definition of a ghostwriter, it definitely sparked an interest for me. Another author who has claimed an interest in childhood TV shows is Stephen King. The magician with 26 letters in his arsenal, King stated that he grew up nursed by “The Electric Company” where he developed a fondness for all things grammar.

Clearly that was a positive experience.

So, what about you? What show influenced your love of books or your passion for writing? Please share!

Miranda B looks for writing inspiration in the strangest of places, resulting in cleverly concocted works of creativity.