Sing a Song of Subheads 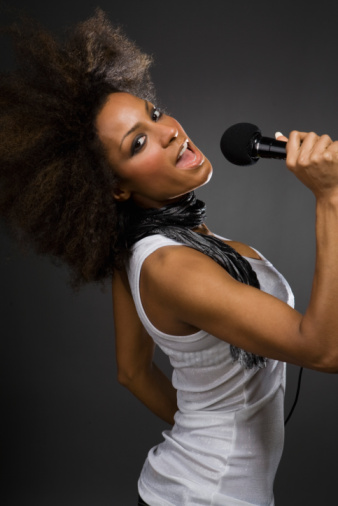 It’s great to have an engaging headline that draws a reader to your content, but don’t stop there. Keep your article moving along with subheads that sing.

Subheads break up text, especially in longer articles. Bullet points are great for this, too, but subheads are a promise of new, upcoming content. Use them liberally to keep readers interested. Use clever phrases, but don’t mislead readers. Stick with the truth. If they don’t trust you, they may roll their eyes and move on.

In a typical article, write an introductory paragraph or two and then get into the meat of the article, using a subhead that highlights an upcoming element.

Write short paragraphs, usually three sentences or less, and don’t be afraid of a one-sentence paragraph for emphasis. If you’re writing about a diabetic person who thought he’d save money by skipping his blood glucose tests, you could write a paragraph that simply states something like “He had no idea how expensive his mistake would be” or “His mistake almost killed him.”

That mini-cliffhanger can lead into a subhead revealing more of the story. Going back to the diabetic guy, you could write something like “Astronomical Blood Sugar,” “‘I Thought I was Dead'” or “Three Days in a Coma.”

Tug at the Heartstrings

If the reader is following your diabetic guy, a compelling, personable subhead will make it harder to turn away. And the more one reads a well-written human-interest article, the more compelling the story becomes, especially if the chunks of text are offset by subheads.

Your subheads can make the reader care more about the subject. We’ve all read subheads that have made us catch our breath a little; those subheads set the table for freelance writers to touch the reader’s heart with the ensuing content.

Of course, you’re not going to always be writing about diabetics. In Web content writing, freelance writers write about what topics are available. Sometimes, the topic is mold.

Mold isn’t compelling. It may sometimes be pretty colors in the back of the fridge, but it isn’t something you can make sound fun.

So do the opposite. Make mold sound awful, which it is when it comes to people when it comes to allergies. That makes your article enticing. A subhead of “Moldy Oldies” could refer to a ruined record collection. “Damp and Deadly” could be a precursor to the dangers of hidden moisture within a bathroom wall or tub surround.

What if you want to ease readers’ fears about something, such as a visit to the dentist? This is a very common fear and is often allayed simply by getting into the dental chair and seeing that it’s not all that scary. The problem is getting the patient into the chair.

Use reassuring subheads, soothing statements that calm the reader immediately. Promise not to scold: “Criticism-Free Zone.” Be Understanding: “We Get It. You’re Scared.” Tell them something good: “Pain-Free: Not Too Good to be True.”

At the end of your article, include a final subhead and a closing paragraph that wraps up the article. Hopefully, your reader will have stuck with you the whole way.

Laurie S is a freelance writer available on WriterAccess, a marketplace where clients and expert writers connect for assignments.