How a Panda, a Penguin and a Hummingbird Influence Content Optimization

The dirty little open secret of the Internet is optimized content. Everyone has heard about it, a few people have paid for it, but no one really knows what it is. Even fewer people may have heard rumors of a Hummingbird or a Penguin having something to do with demanding a balance between the optimization and the readability of online content, and then some customer called in with a problem before anyone could ask why anthropomorphized animals apparently deserving of proper name status would play any role at all in online marketing.

Chris D is a 4-Star Writer at WriterAccess

The few who take their curiosity through to an understanding of how content online is filtered through the major search engines and distributed through social media open themselves up into a world of possibilities: lower ad costs, better customer engagement, and actually beginning to realize the Internet version of the American Dream that talks about some kind of globalization and freedom of commerce before demanding some more AdWords campaign money.

Yes, content on the Internet is now growing up, and commerce on the Internet is substantial and saturated enough that business owners who are looking for an advantage owe themselves a few Starbucks sit-downs with IT and marketing [read: have a latte with Fred] that are solely about optimizing content around a theme in a humanized fashion. Properly optimized, humanized content legitimately saves money and increases revenues; there is no more debate about its purpose, viability, or its impact.

How do you balance optimization and humanization?

Google and the other major search engines, namely Yahoo, Bing, and Yandex, together control around 90 percent of what people see on the Internet. Small businesses get found by new customers through search engines these days, not through business cards or direct contact. Because the search engines are so good at capturing the Internet’s content, it is not improper to say that all relevant online content is filtered through them. This means that Google, Yahoo, Bing, and Yandex set the terms as to what is proper and improper syntax, context, and meaning on the Internet. In short, the search engines determine what is optimized and what is humanized online.

With 80 percent of the search market, all roads really run through Google. Any technique that Google implements to filter the content that comes through it will eventually cause an impact on the other search engines. With this in mind, we are focusing our attention on their initiatives as relates to content, optimization, and humanization. 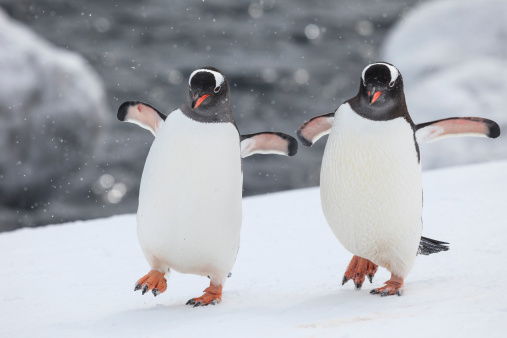 Those anthropomorphized animals with the proper name status mentioned above stand as the Google guardians against the proliferation of the low class nontent (you heard it here first) that drowned the Internet in spam until around 2010.

Learning the Penguin, the Panda, and the Hummingbird will direct your efforts in optimizing your content for the gatekeeper search engines and maintaining a human feel for your actual visitors.