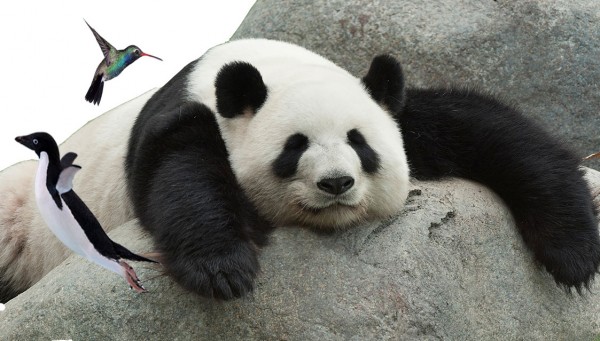 If you’re a marketing manager of any kind who uses the Internet to advertise your employer’s products or services, then you’ve probably heard a thing or two about the cute little zoo that Google has acquired for itself over the past few years. It’s lovey-dovey little animals consist of a Panda, a Penguin, and a Hummingbird.

But how exactly do these animals affect your SEO efforts?

You can view each animal as an algorithm update, with Penguin being more fierce than Panda, and Hummingbird being the Mother of the zoo. Here’s a quick look at few characteristics of each animal — algorithm — that you need to be aware of.

Panda: The Adorable, but Fiery Update

The Panda update that Google rolled out in February of 2011 was meant to be a heads-up to online advertisers. Google wanted people to know that it would no longer be fooled by keyword stuffing, and that it would do everything in its power to present the most relevant, high-quality pieces of content to Internet surfers who used the Google search engine.

The most notable and positive outcome of the Panda update was that all most Internet marketers refocused their efforts on producing the best of the best content via blog postings and social media participation. It’s also important to note that Panda increased the importance of both inbound and outbound linking (which was addressed with the Penguin update).

Pandas are just so darn cute, and it was probably because of this that lots of online marketers tried to pull one over on Google after the Panda update was released. With the increase in importance of inbound and outbound linking, many sites started to buy links, which as it turns out, Google absolutely hates.

If your online content marketing strategy includes buying links, you might as well stop, because this technique isn’t doing anything to get your site(s) recognized by Google. In fact, it’s probably hurting it, especially due to the Penguin update, which focuses on punishing sites that buy links.

Hummingbird: The Update that Soars Above the Others…For Now

Hummingbird is the animal within the Google zoo that can claim superiority above the others (for the moment). It goes beyond weeding out sites that succumb to keyword stuffing and link buying by searching for pages that actually answer real questions that Internet surfers ask via the Google search engine.

The main thing to remember about Hummingbird is that keywords have been tossed out the window. Instead, niche phrases have replaced them, and these phrases need to be spelled out within your content exactly as Internet searchers type them into a search box. For example, instead of “best dentist paducah,” Google favors sites that boast keyword phrases such as “what type of dentist in paducah kentucky is best for seniors?” Relevancy is the characteristic that is most highly-valued by Hummingbird.

Cozying up to the Panda, Penguin, and Hummingbird updates can be a bit of a challenge at first, but once you do, you’ll quickly notice that your SEO efforts are much more effective than they have been in the years past.

Whitney W creates content for both online and offline clients. She spends her days switching back and forth between the roles of a content writer, mother and wife. As she continues to progress in her career as a content creator, she has learned a thing or two about Google’s growing zoo.