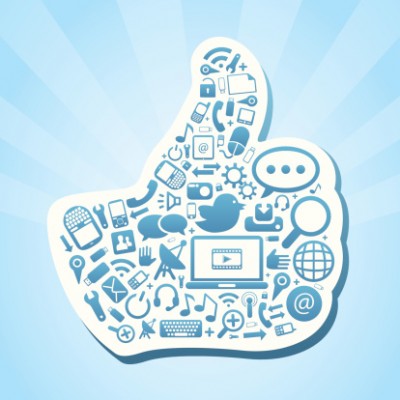 Writers for hire often get picked up by clients who start off with a need for social media work but in reality are very skeptical of its value.

They just know they need something to happen because competitors have a presence on the digital platform, and that probably means they do too.

The problem with this scenario is that the client doesn’t really know what he wants or the value of social media in general, and the writer is in an even worse situation trying to guess at what might work.

It doesn’t have to be this way.

Most folks who are skeptical of the benefits of social media, at least as a business, are that way because the return on investment or ROI is not obvious. In traditional marketing efforts, an advertising campaign is measured by whether it creates an increase in sales where the campaign is run. If there is no effect, the campaign is cut short and a different effort is applied instead.

Social media doesn’t seem to follow traditional rules. An effort is made, a presence is established, lots of activity occurs but sales don’t necessarily manifest. It doesn’t seem to automatically follow the formula of input A + B and get output C. Instead, A and B go in, and more of A and B go in right afterwards. As a result, skeptical types often see social media as a waste of money, time and resources, except for the fact that the competition is doing it.

Instead of just giving a client a presence that doesn’t serve any purpose, a writer does a far better job by first helping a client identify what the social media effort is really for. If it’s just a trigger response because of competition, then a writer should help a client understand a bigger purpose should apply such as brand development and building consumer awareness. These longer term purposes change the dynamic of why the social media work is being done.

Instead of keeping up with the Joneses, now a company is establishing its awareness presence to consumers.

Going a step further, a writer could help a client develop a social media marketing plan for a long-term direction. This helps define how the platform will be used to serve multiple purposes beyond just initial presence and brand name recognition in the social media universe. It’s often the major step needed to refine messaging and posting on a regular basis with consistency.

The client will often appreciate the guidance, and more importantly may actually start to realize there are more ROIs than just sales figures that can come from social media. Further, writers who provide extra value to their services also frequently see return customers and return business. Clients who have established a new platform frequently go back to the help that guided them in the first place.

Tom L has spent 10 years in various levels of management, including executive, pulling together multi-skilled teams for a variety of projects. When not developing new financial models or writing articles, he also likes to spend a few hours here and there BBQing or playing Minecraft with his daughters.