Always Use a Dictionary After Using a Thesaurus 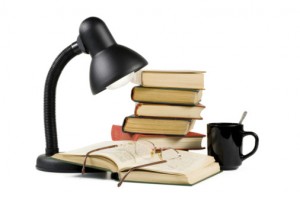 The thesaurus is an important tool for anyone, especially SEO blog writers who often have to convey the same message in a variety of ways. Word substitution, however, can go horribly, horribly wrong. This is why you should always use a dictionary after using a thesaurus. It should become as natural as washing your hands after you go to the bathroom.

One of the most prominent examples of good thesaurus usage happened during the 2012 election season. As it wore on, the frequency of articles concerning misstatements and lies uttered by both candidates boomed. After a few months of bemoaning the state of political discourse, the word “lie” became so common that some writers went to the thesaurus. What they found was a word that many people had not seen since the English portion of the SAT: prevaricate. Suddenly, Barack Obama and Mitt Romney were no longer being accused of lying; they were, instead, prevaricating.

The word was used correctly, although in certain contexts it came off as a bit pretentious—i.e. obviously retrieved from a thesaurus. However, there are numerous entries awaiting anyone who looks up “lie” in the thesaurus that are not nearly as apt. “Lie” has at least two distinct meanings. Each one is easily discernible when used in context. One can lie about the specifics of a tax plan in order to gain the trust of middle class voters. One can also lie on the ground. If you do not consider this distinction when consulting the thesaurus, and blindly pick a word that has a good ring to it, you run the risk of sending a client a sentence as ridiculous as the following one: “Mitt Romney’s stated desire to uphold the social safety net is at best insincere and at worst recumbent.”

My face would sure be communist if I ever made such a blunder!

As another example, a person’s wardrobe can be elegant, but it’s probably not going to be erudite (unless, of course, someone is making shirts that are not only intelligent, but also scholarly). This is an obvious misuse of the word, but there are other, less obvious examples lurking in the thesaurus, even if you know the different ways in which “elegant” can be used. This is because you can make a poor word substitution if you do not take into account the different connotations of two similar words.

If you look up the word “elegant” in the most frequently used online thesaurus, you’ll find the word “ostentatious” included in the list of its synonyms. Both can be used to describe something beautiful (such as a peacock), but “elegant” rarely, if ever, has a negative connotation. “Ostentatious” most certainly does.

This is why you should always consult the dictionary after using the thesaurus. If you do not acknowledge the different meanings that a single word can have, and that many words have strong connotations, you could end up granting a shirt sentence or turning a compliment into an insult.