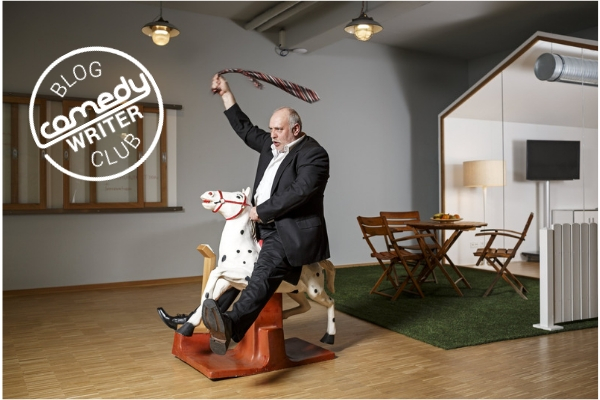 We all love a good laugh. Especially when it comes to all the ads that constantly bombard us day in and day out. We can’t get away from them so marketing geniuses are now making their messages so funny that we can’t get enough of them. Humor in advertising has become such a successful trend that most companies have tried it in one way or another. They realize that humor will tickle our funny bones and make their products memorable and more relatable.

Even some of the most “boring” companies are getting serious about being funny. Check out these not so funny products that have made us chuckle with their creative marketing.

Chick-Fil-A and Wendy’s Get Udderly Beefy

This is the best thing that’s happened to fast food advertising since the little old lady back in 1984 Wendy’s commercial asked the question, “Where’s The Beef?” This one popular catchphrase and the humorous delivery put Wendy’s on the fast food map as having better burgers than their competitors. Fast food is really not that funny, but when a situation like a small hamburger on a big bun, twice its size is brought to the consumers’ attention, it became memorable and funny.

Chick-Fil-A more recently has enjoyed amazing success with their campaign using cows touting the message, “eat mor chikin” to help sell their fast food. These aren’t just any cows, they are adorable, renegade cows who will do anything to save their own hides. Chic-Fil-A has even coined, “#Cow Appreciation Day” and invite customers to go to their favorite  Chik-Fil-A location dressed as a cow and enjoy a free meal. This ingenious campaign is so successful it’s lasted the test of time. For more than 20 years, Chik-fil-A has kept this light-hearted, customer engaging cow conversation going and it’s as fresh as it was when it started in 1995.

Heinz Goes To the Dogs

What’s so funny about ketchup, mustard, and other condiments? Not so much, right? A few years ago Heinz gave some serious thought about how to position their condiments as the best of the best when they created a campaign that literally went to the dogs. Weiner dogs that is. They released the hounds in what they called their Wiener Stampede Commercial.

Picture this. Multiple adorable dachshunds dressed in hot dog costumes running as fast as their little legs would take them towards the finish line made up of humans dressed in Heinz ketchup, mustard, relish, and barbeque sauce costumes. This condiment finish line was just as happy to reunite with these pups as the pups were to reunite with them. The clincher was the background music that sealed the deal. “I can’t live without you” added a romantic, memorable element to their message. This is one doggone good example of successful use of humor in advertising.

Laundry Detergent. You’ve seen one, you’ve seen them all. Not so fast! Gain’s Seriously Good Scent” campaign raises the bar and the scent on laundry detergent. Their commercials and ads take everyday situations that stink, add a little humor and showcase Gain as the hero game changer.

For example, one in the series features a dad that had to wear the back end of a unicorn costume for his daughter’s birthday party. He was pleasantly surprised and thankful that his friend, who was wearing the front end of the costume had used Gain Laundry Detergent, making this somewhat uncomfortable and stinky situation not so bad after all.

Or the more recent commercial where a guy is in the bathroom using a towel to dry his face. Pretty ordinary, right? After a while, his wife explained that the towel he was using the dog’s towel. The look on his face and his best friend’s, laying on the floor nearby was priceless. Thanks to  Gain, the “shared towel”  didn’t stink at all. The voice over states, “My towel, sous towel.” Gain strategically takes everyday not so funny moments and uses humor to share their scent-sational message.

When a marketing team takes the common cold and makes feeling miserable funny, they have a winning idea. Alka Seltzer Cold Plus recently rolled out their “My Cold Made Me Do It” campaign with a series of commercials starring everyday folks fighting a cold. These clever commercials make the viewer think, ” Been there done that!”

One story features a guy walking down a city street who is obviously not feeling his best. All the sudden he sneezes and his mobile device pops out of his hands and falls into the street’s drain. The look on his red, stuffy face is priceless. If only he had taken Alka Seltzer Cold Plus and “shut down his symptoms fast” as the voiceover explains. The tagline sums it up with, “When you have a cold, stuff happens.” Way to go, Alka Seltzer Plus with an excellent and successful use of humor.

It’s not always that easy to find a something funny to make your message clear. Writer Access has a brilliant army of writers that can help you get serious about humor and create content that will deliver a successful punch line. Their Comedy Writer Club blog is full of tips and ideas and some humor, too.