What Agency Editors Can Learn From Literary Editors 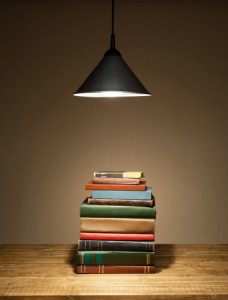 If you’re a marketing agency editor reviewing a batch of fresh content, chances are you’re focused primarily on the task at hand, either making sure keywords are integrated organically, or double checking to make sure the piece is appropriately sourced. But there’s an opportunity to do more than simple fact-checking and proofing when it comes to content, even if you just need to hire a writer to perform a basic press release writing service. The editor-writer relationship in the literary world has long been a source of fascination; what can editors of marketing content learn from some of the greatest relationships in literary publishing? How can marketing agencies build relationships with content writers and push them to great heights, even if they’re just writing a press release and not the Great American Novel?

A common complaint of agencies is when pieces come back with too much “fluff.” It turns out that extra verbiage that doesn’t add originality or value is the bane of both marketing and literary editors, however; one of the most famous literary editor-writer relationships of all time provides evidence of how collaborating to cut fluff can result in a sleeker style. Raymond Carver is widely praised as a master of the short story form, but it turns out that his minimalist prose was actually heavily shaped by his longtime editor, Gordon Lish. Lish has mentored countless writers who have gone on to great success, including Amy Hempel and Barry Hannah, but his name has become synonymous not with teaching writing, but with the kind of editorial ruthlessness that made Carver’s stories unique. Comparing the before and after shows that Lish’s gift for cutting out unnecessary information and letting the spare story beneath shine through. In other words, Lish did what the sculptor Michelangelo said he did when creating one of his best known master pieces: “I cut away everything that wasn’t David.”

The real moral of the Carver-Lish relationship can be seen over and over again in famous literary pairings. Good editors actually produce better writers, and it’s worth taking the time to give feedback to a content writer that you’d like to keep on your team for the long run. Such was the relationship between famed editor Max Perkins and the writer Thomas Wolfe; their tussles over what to delete and what to keep ultimately strengthened Wolfe’s voice and led to a lifelong friendship between the two men that has been documented in books and will come to the big screen in a feature film shortly.

Obviously time is of the essence when it comes to turning around timely press releases, but thinking big picture about the advice you give, from cutting fluff to cultivating professional camraderie, can lead to a productive, profitable relationship down the road.