Boost Your Content Distribution With These Tips from CMC Speakers

Alana M is a 5-Star writer at WriterAccess

You know that old adage “if you build it they will come”? Yeah, well, that only works for Kevin Costner and he has never had to make a living creating and distributing content. While the word “distribution” conjures up images of hawking newspapers on street corners or handing out flyers in the middle of the mall, content distribution is just a tad more sophisticated, though without a great strategy it is often no less random or inefficient. How can we get the words we write in front of the people who matter? How can we prove the inherent value of our content so that people will want to read it? How can we get some distribution traction so that we scale faster and convert with aplomb?

These questions – and more – were the central focus of the Content Distribution track at the 2016 Content Marketing Conference. Here is a quick look at what the experts had to say.

Visitors to Las Vegas are used to white tigers, dolphins, and even the occasional Carrot Top, but seeing a herd of unicorns lounging about in the Rio was a bit surprising – even if it was just part of Larry Kim’s hilariously entertaining presentation on social media hacks. Kim is brilliant at blender humor and actionable tips, using giggle-inducing memes to drive home his points about originality, finding your audience, and harnessing the power of analytics to strengthen your distribution efforts. Kim’s whimsical analogies actually made sense, translating the tech-heavy acronyms into something everyone in the audience was nodding their heads to in understanding. Maybe it was the unicorns, maybe it was the inviting Top Ten format, maybe it was the terse warning about donkey spirals… whatever the cause, Kim’s audience left laughing and yet inspired to use their best content to help launch less-popular pieces into the social stratosphere. For more information about Matt Damon’s role in a world filled with mythological creatures and social media metrics, you’ll just have to sign up for CMC17.

Insider Tips on How to Get Your Content into Top Media Outlets
Josh Steimle, MWI

Distributing your content via proprietary channels such as your own blog, social media pages, or company newsletter is one thing, but if you’re itching for a high-profile spot on the digital pages of online media publications such as Mashable, Forbes, TIME, Entrepreneur, TechCrunch, and their equally sought-after brethren, you’re facing a considerably more arduous task. That’s where Josh Steimle comes in. Steimle has been featured on all of the websites referenced above and he has a plan to help other writers join the ranks. From scouring customer support emails for valuable topic ideas to question hunting on Quora to the most important content planning question of all (“Why…?!”), it’s clear that acquiring top-notch distribution is a process that begins all the way back in the planning stages. Still, it’s Steimle’s pitch ideas that are arguably most worthwhile. Content marketers are well versed in making their content personal; who knew that pitching from that same place of authenticity and emotion might actually turn out well? 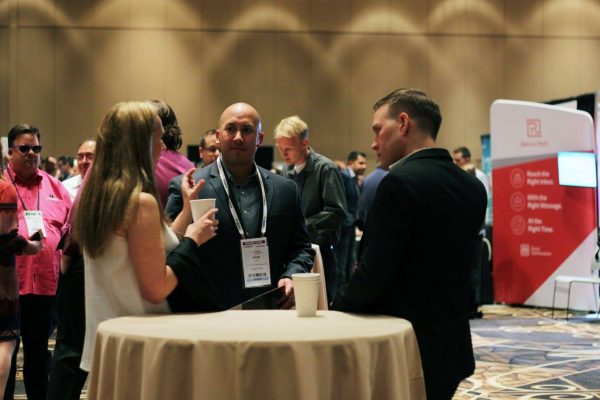 Trying to master social media is like trying to grab a handful of water – just when you think you’ve cupped yourself a decent amount, it runs through your fingers and you have to start over. Luckily, you learn a little bit more about your hand-cupping technique every time, and with a few tips from social-savvy strategist Neal Schaffer, you can count on getting exponentially better. Schaffer offered up five basic hacks: increasing the featured amount of visual content, tweeting out bite-sized bits of information to support larger blogs, augmenting organic search through paid advertisements, identifying your brand advocates, and using employees not just for their talent in the workforce but for their own social networks and connections. It’s distribution to the power of five, thanks to a few ideas with enough potential to inspire months of even years of strategy, and it was handed over in less than an hour thanks to a single action-packed segment at the 2016 Content Marketing Conference.

The goal of content marketing is to write words that bring in interest (and hopefully those interested parties become loyal consumers), but a whopping 70 percent of marketers doubt that their content is actually effective. While fiction writers may feel some satisfaction from just completing their content, brands can’t survive on warm  fuzzies alone. Luckily, Chad Pollitt stepped up during his CMC session to offer up suggestions as to how we can improve our content promotion strategies. He spoke of Google’s “zero moment of truth,” also known as the idea that the vast majority of customer research happens in the first few moments when they entire their search terms and await Google’s results. Therefore, distribution depends on ranking. Now, how do we rank? By combining customer-centric content (aka writing for them and not for us) and then using native advertising to get the word out. Pollitt went into much greater detail, of course, but that’s for another day. For now, we’ll leave you with this Pollittism: content is not, in fact, king. Instead, your audience holds all the royal power and it’s time for us to serve. How’s your curtsy looking?