Skip to content
Kara M
Designer #60393
Joined 11/30/2021
HIRE ME
6 Star Rating
880 Projects
0 Endorsements
0 Elite Skills
Kara began writing stories before she hit the first grade. In the early days, her brother was forced into performing scripted puppet shows from behind the living room couch for a compliant if not enthusiastic parental audience. At the age of ten, she won an essay contest that awarded her $1,000,000 for one day. After being driven, with the other winners, to the local Burger King in a limousine, she began to think this whole "writer thing" might be worth exploring. In high school, when her first short story was published, she knew there was no turning back. Now a lot older, a little taller, and armed with an M.S. in Television Writing from Boston University, she tells stories for a living, and is ready and waiting to help you tell yours.

An award-winning screenwriter, her original comedy pilots and short films have won and placed in various national and international film festivals and writing competitions. As a production coordinator and creative assistant, she has provided coverage, notes, polishes, and edits for scripts and pitches in all stages of development.

Kara puts her media savvy and SEO Certification to use daily through work for various web-based companies and platforms. She has managed social media for a Broadway-bound new musical and written for a popular entertainment and travel website. Currently, she writes for BestReviews, a consumer and lifestyle journalism company, where she reviews products across a wide variety of categories and price points.

Though her skills and experience are diverse, one common thread connects all of Kara's work: her unbridled passion for telling a good story. Whether writing a screenplay, or reviewing snow tires, Kara strives to connect with her target audience, convey important information in an approachable manner, and engage the reader in a lasting way. She would love the opportunity to help you do the same.
Entertainment
Ecommerce
Travel
Diversity/Inclusion
Food
Blog Post
Case Studies
Bio/Profile
Email Copy
Facebook Post
Product Review
Script/Video
Twitter Post
Comedic Writer
Blogger
Journalist
Transcriptionist
General Writer
8 More

Kara is, first and foremost, a master of comedy. A conservatory trained actress and professional voice-over artist, she possesses an innate comedic sensibility that cannot be taught. She has studied sketch writing and improvisation at The Second City, iO West, The PIT NYC, and Vegas Theatre Hub, and was a founding member of the Las Vegas-based improv team, Das Taco. This brings a lightness, ease, and spontaneity into all of her writing.

Her years acting and performing have made Kara an expert in developing character and tone, as well. She holds a B.S. in Psychology, which helps her to analyze and get into the mind of both characters and target audiences, making her uniquely equipped to create complex, authentic, three-dimensional characters with unique voices, whether for a feature film, or a 15-second radio spot.

Kara spends time daily working on her screenplays, which means that format and structure come as second nature to her. Additionally, she's well versed in a variety of professional writing styles, ranging from AP style, which she adheres to while writing for BestReviews, to APA style, which she has both written in and taught, to Chicago and MLA style. Adept at social media, she can tell a story in 60 characters as well as she can in 50 pages.

A passionate researcher and lifelong learner, Kara truly enjoys delving into new topics and has never met a research project she didn't love. Whatever your project, no matter the style, size, or subject matter, Kara is well-equipped to help you achieve your goals.

As a writer, Kara is drawn to comedic or character-driven pieces, reviews and analyses, and any work that strives to intimately connect with a target audience.

As a human, Kara is a health and fitness nut who loves travel, animals, the outdoors, warm weather, and the beach. She's drawn to anything related to music, television, film, live theatre, dance, and the arts. She is also a rabid sports fan and experienced fantasy football player and league commissioner.

Kara attended New York City's American Musical and Dramatic Academy, where she learned from and alongside Broadway and West End performers, directors, and choreographers. She was also a member of the audition-based dance workshop program, which allowed her to train and perform with some of the city's best choreographers.

Graduating with honors, Kara endeavored to study the intersection of psychology and education, primarily focusing on early childhood education, child development, and adolescent psychology. One of the highlights of her undergraduate was the opportunity to design, execute, and analyze her own research study. While on campus, Kara was an involved and passionate leader, serving on the executive boards of several student organizations.

Graduating with a near-perfect GPA, Kara's studies focused on comedy writing, TV comedy, and television history. She also served as a Teaching Assistant for COM101: Introduction to Communications, and FT584: Creative Life in Television. During her time as a graduate student, Kara worked in the development department at Feigco Entertainment, and the creative department at Jim Henson Studios. 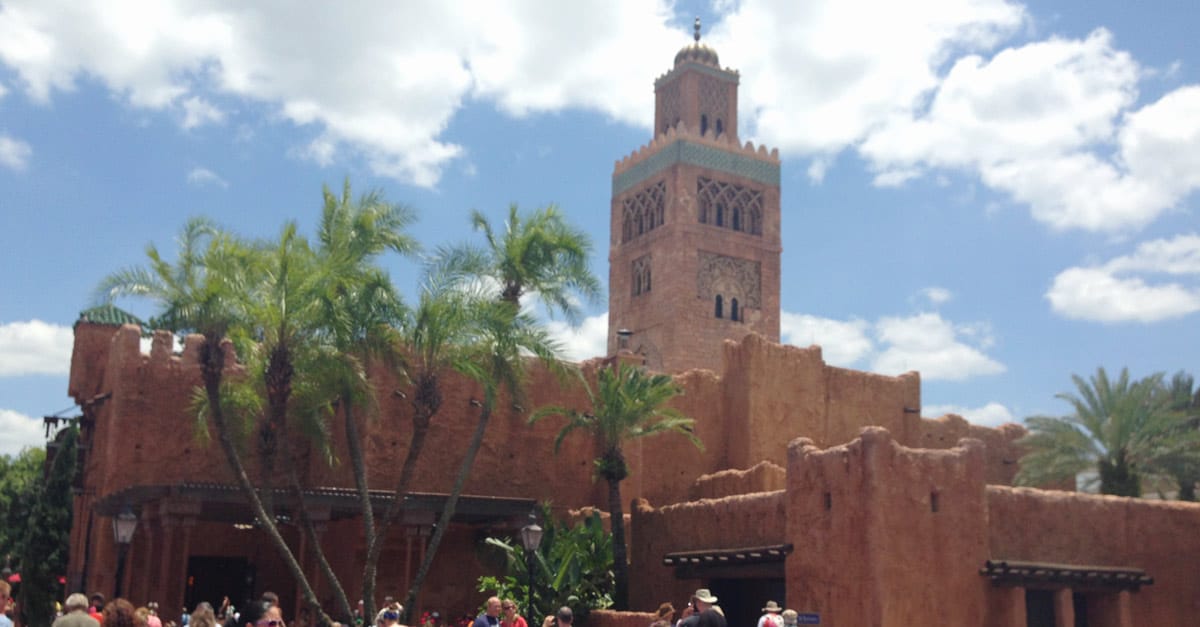 Written at the start of the COVID pandemic lockdown, this short comedy sketch playfully re...
Entertainment
Humor
Other
Script/Video
Comedic Writer Kara has been in the entertainment industry since she was a child, first as a dancer, actress, and performer, and later as a writer. An award-winning screenwriter who specializes in sketch, tv comedy, and short films, there's nowhere she feels more at home than eyeballs deep in a new script, pitch, or series outline. She also has experience reviewing entertainment properties, providing script and novel coverage, and completing polishes and edits of drafts in various stages of development.

Kara currently writes for a lifestyle and e-commerce website, where she reviews and compares consumer items across a variety of genres. An SEO expert, she makes sure every review is SEO optimized and adheres to AP style. She enjoys the challenge of making research and facts accessible, inviting, and interesting to read.

Kara spent more than three years as a writer and blogger for a popular travel and vacation website. An avid traveler herself, Kara has lived on both coasts and in four major American cities (and counting) as an adult and deeply appreciates the uniqueness of each one. Travel makes her feel alive in a way that little else can, and this passion is reflected in her travel writing.

Kara's screenwriting partner, Rachel, is a member of the disabled community, and an outspoken disability activist. Through their friendship and partnership, Kara has become a passionate ally for not only the disabled community but also all marginalized communities. It is a passion of Kara's to amplify underrepresented voices, connect with underserved communities, and create opportunities and visibility for those storytellers who've not yet found a platform through which to share their truths. Kara (and Rachel) particularly enjoy doing this by writing relatable, comedic content that features diverse characters with disabilities.

Kara has written for various blogs and websites featuring food and restaurants in tourist locations such as Hawaii, the Florida Panhandle, and the Great Smoky Mountains. She’s reviewed restaurants, created features on theme park food, and even covered kitchen gadgets.

Kara spent years writing for a popular travel and entertainment blog, with a focus on domestic family vacations. She routinely pitched ideas, wrote posts on a variety of topics, and even created her own series highlighting features in one of America's most popular theme parks.

Throughout her undergraduate and graduate education, Kara read, analyzed, and generated countless case studies on topics ranging from adolescent psychology to the evolution of Amazon. As comfortable with academic writing as she is with screenwriting, she loves to delve back into the world of academia whenever needed.

Through her work as a Hollywood creative assistant, Kara has written and edited bios for a number of producers, managers, choreographers, directors, and performers. Kara has a knack for capturing the essence of a career (and a life) in a bio, whether the subject is well-established, or just starting out.

While working with producers, directors, and talent managers, Kara has created and edited all manner of email copy, ranging from pitch letters, to investor emails, to project queries and everything in between. She particularly enjoys perfecting the tone of email copy, ensuring it will speak to its recipient(s).

While managing social media for a Broadway-bound new musical, Kara regularly posted to Facebook. With a goal of increasing page traffic, encouraging click-throughs, and driving ticket sales, Kara's posts included micro-features on cast members, interesting facts about the show and its subject matter, discount codes, and contests designed to engage the target audience.

Kara currently works for BestReviews, a lifestyle and e-commerce website, where she writes reviews for various consumer products. Kara enjoys writing in a way that is approachable, accessible, and inviting to consumers, while still providing succinct and thorough product information.

Kara is an award-winning screenwriter with an M.S. in Television Writing and producing. Her scripts and short films have been winners, finalists, and official selections of film festivals and writing competitions around the world. She is most passionate about writing TV comedy, and endeavors to make people laugh, especially against the backdrop of an increasingly complex world.

While managing social media for a Broadway-bound new musical, Kara regularly tweeted on behalf of the show. With a goal of increasing page traffic, encouraging click-throughs, and driving ticket sales, Kara's tweets included micro-features on cast members, interesting facts about the show and its subject matter, discount codes, and contests designed to engage the target audience.