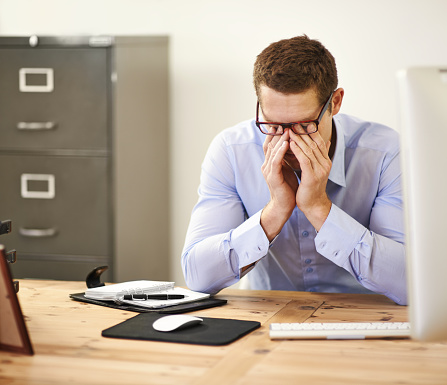 What defines filler? Certainly, every article writer uses words to pace their content out, to make it read a little more easily (do you like how this sentence started with “certainly?”), but at what point does that content become fluff, meaningless padding intended only to meet the word count without having to do anymore research or come up with a strong idea for an additional paragraph?

Sometimes it’s a matter of opinion. You might think an article reads well, but somebody else might not. You can’t really nail it down to a specific formula that is guaranteed to produce meaty, easy-to-read, and valuable content. But, there are words and phrases that people are getting tired of reading, and in the interest of practicing what we preach, we’ll jump right to listing them:

We Need To Talk About…

This phrase kicks off a lot of op-ed pieces on the web. We don’t want to click on them because, for one, it’s a condescending, naggy way to start off an article, but maybe more than that, it doesn’t add anything to the statement. Of course you think we need to talk about this, or you wouldn’t have written a 1600 word article on the subject. It’s best to avoid any sort of statement that only insists upon the obvious.

If you ever took a course on writing, they probably told you to stay away from adverbs. Adverbs a truly, wonderfully, perfectly, effectively effective way for writers to pad out an article so that they can hit a word count, but they don’t add anything to the content. There are no absolutes, and sometimes it’s not an altogether bad idea to use an adverb or two. In general, an adverb is just one extra word before the writer gets to the point.

Sometimes “but” is just the right word to use… but, writers who abuse it never need to actually say anything at all. “The food tastes great but I’ve had better.” Consider how wishy-washy it sounds when talking about serious issues. “I believe in free speech, but…” “I’m not racist, but…” Employed right after a strong statement on a sensitive topic, it only makes it sound like you don’t mean what you just said.

Like we said, there are some clear exceptions to everything listed here, but in general, you will produce better, stronger, more effective content if you cut everything out of your article except the stuff we need to talk about.

Gilbert S is a writer and artist who lives in rural New Mexico with his dog, Sir Kay, and his wife.