Small Business Guide: How to Hire a Writer for Government 2.0 Work 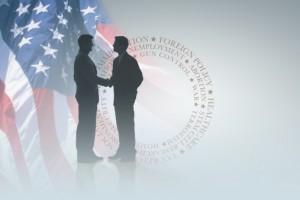 If there’s one thing that’s true about government it is that agencies and lawmakers will find a way to write a rule about everything, and social media is no exception. Always late to the table when it comes to adopting new technology, government agencies have for years been the farthest of fans from Web 2.0 and related tools. They are just now starting to warm up to the tools, but there are plenty of self-imposed obstacles in the way.

So when a small business landing a contract with a government agency needs to hire a writer, the candidate needs to be ready for mind-numbing, frustrating headaches associated with government Web 2.0 implementation.

Keep in mind, it’s not as if government people want to be luddites. They are regular men and women who enjoy the same technology tools in their private lives as anyone else. However, they are also part of a system at work that is very rule-and-regulation driven for a variety of reasons. These include:

As a result, what seems like a simple new idea worth adopting to a small business and its writers can create agency committees and handbooks of procedure in government just to evaluate the concept.

How to Hire a Writer for Government 2.0 Work

Small businesses signing up writers for creating new government Web 2.0 platforms need to prepare in a couple of ways. These include the following:

There are multiple ways government can benefit from Web 2.0, but it will very likely be in a much more structured platform than the private side. This is often due to the nature of managing people in civil service and a political environment. Small businesses and their writers shouldn’t take it personally; accept the culture and find ways to make it work incrementally.