Is Nordstrom Right? Why You Should Avoid Early Holiday Hype 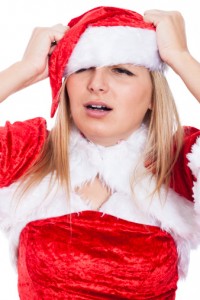 Nordstrom, a chain of high end department stores, has famously proclaimed that they refuse to jump on the early holiday hype bandwagon. For years they have waited until after Thanksgiving to begin their Christmas decorations and sales, stating that they simply like to celebrate one holiday at a time. As a business owner with an online presence, is Nordstrom’s philosophy the right one for you?

The ramp up to the holidays is a hectic time for any business, especially those online who have to deal with transferring goods and services to customers around the world. Doing the changeover to holiday mode too early means you’ll have to deal with the increased work for more weeks out of the year. You may get an uptick in orders, but will they turn into a profit when you look at the added expense?

Like any other business, you’ve got a limited budget for extra holiday hype. Why not use it when it does the most good? In order to take care of the extra social media posts, guest blogging, and all the other writing you’ll need done to spread the word about your site, you’ll need to find copywriters for hire. These pros will make you money by crafting a professional message, but it only makes sense to use them at the most effective time of the year. Pulling in customers during shopping season is better than hyping them up just to have them try to remember your site weeks later when they’re ready to buy.

Do you cater to an American audience, or are do you have customers worldwide? It may be difficult to believe during the red and green extravaganza that’s called the holidays in the U.S., but not everyone in the world will be caught up in the magic of Christmas. If you have a truly worldwide customer base, add a more subdued holiday accent during December, but keep most of your site business as usual as a nod to your non-celebratory customers.

Maybe you sell green products, or support the frugal lifestyle on your company blog. Maybe you’re simply offended at the over commercialization of the winter holidays. If your customers are loyal to you because of your beliefs, take a stand and let them know why you’re doing it. Don’t simply avoid the topic and let them assume you just haven’t gotten around to putting up holiday specials. Make a point of letting your readers know exactly why you won’t be joining in with the early holiday hype, and invite them to join you in celebrating the season in a more subdued way that makes sense.

If you have an ongoing advertising campaign, change it subtly to acknowledge the holiday season. Think about the ads for Absolut, with their changing bottle designs, and Coco-Cola’s emphasis on old-style Santa ads. Make your holiday design change simply one one of a series of changes.

You can still take advantage of the extra spending that goes on during December, but it doesn’t mean you have to start holding holiday sales the day after Halloween. Nordstrom’s may be right: one month is enough, and more may be too much.

Victoria B is a freelance writer available on WriterAccess, a marketplace where clients and expert writers connect for assignments.