Dan Brown Can’t Do His Job Without Hanging Upside Down

You’ve most likely heard of New Hampshire-born author Dan Brown, who burst onto the worldwide book scene in 2003 with The DaVinci Code.

Brown’s international treasure hunt novel soared to the top of the bestseller list and sparked a lot of popular interest in the Holy Grail legend. Since then, his books have been translated into 52 languages and have sold more than 200 million copies. He has penned seven novels to date and is said to have a dozen more in various stages of progress.

What you probably didn’t know is that Brown attributes his prolific writing to inversion therapy, which involves hanging upside down using gravity boots. He says this unusual method of dealing with writer’s block “seems to help me solve plot challenges by shifting my entire perspective.” He also credits inversion therapy for keeping him relaxed while writing.

As if this technique isn’t enough, Brown also uses a miniature hour glass to let him know when it’s time to take an exercise break. Approximately every 45 minutes, he breaks away from his writing to do series of push-ups, sit-ups and stretches. Clearly, Brown won’t be getting middle age spread anytime soon!

Brown’s latest work, Origin, the first installment of the Robert Langdon series, is expected to be published in October of 2017.

Do you use any quirky techniques to help you with your writing prowess? If so, share your habits with our readers by leaving a comment below.

Sandy M has been a full-time freelance writer since 2005. Her work has appeared in dozens of print and Web publications. She is also the author of two books about Cleveland history and is researching a third book. 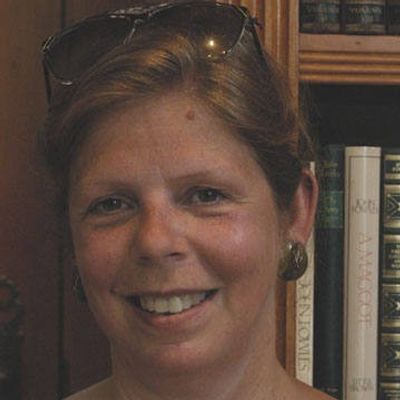