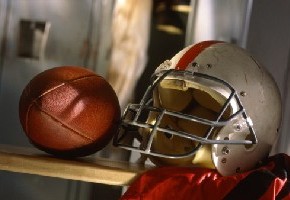 Being an advertising writer means you have to be a jack of all trades. You’re a teacher, getting information across to your audience. You’re a novelist, creating emotion where it didn’t exist. You’re a content writer, hooking in the reader with interesting phrases. Most of all, you do it in fewer words than anyone else does. Whether you’re writing ad copy for a catalog or About pages for a website, every word counts and most do double duty. Few places show off this talent like the Superbowl commercials. We talk about the best ones for years, and find tips from them to use in our work every day.

10. Sex appeal sells, but it sells better with humor. Nothing proved that better than the 2010 Old Spice commercial about the Old Spice man. It was a commercial, it was a viral video and it spawned hundreds of imitations online. The dialogue was ridiculous, but his sheer, raw confidence made “I’m on a horse” seem totally rational.

9. If you have an outlandish claim, simply prove it. If your product is better than anyone else’s, show it with facts, figures or pictures. Masterlock did this in 1973 by shooting a bullet right through the heart of one of its padlocks. The lock still worked and Masterlock needed no words to prove they had the superior product.

8. Recurring themes sell. For an advertising writer, this is like money in the bank. Budweiser proved this theory with its series of Bud Bowl commercials. The same idea ran on and on in a continuing saga of football games between beer bottles. It may have been a simple idea, but it had staying power. One idea, broken up into small parts, can become a series of articles or ads.

7. People love the underdog. Make your readers support your product by emphasizing its relatively small stature. Budweiser illustrated this idea in the 2008 advertisement about the Clydesdale who didn’t make the team. One year later, after working out to the Rocky theme for months, he gets to pull the wagon and millions of viewers smiled.

6. Time your writing well. Fedex used their tie with the movie Castaway to perfect advantage with their Superbowl ad in 2003. The ad wouldn’t have been amusing the next year, but Fedex grabbed the opportunity when the timing was right. Hop on a popular trend or theme when it’s rising, and jump off when it begins to slide downhill.

5. Sentiment sells, but be respectful. Don’t pander to your readers’ emotions. Budweiser hit this note perfectly in 2002 with its ad showing the Clydesdales walking up to where the Twin Towers had been and simply kneeling. No words were needed.

4. Twist around popular beliefs. Coca-Cola did this in 1980 with the Mean Joe Greene ad. Riffing on the popular view this football star had of being a mean and ferocious player, it showed a softer side of the man that no one expected.

3. Cute sells, as long as it’s believable and you can relate. VW did this to perfection in 2011 when it showed a pint-sized Darth Vader finally succeeding in using The Force. Every kid pretends and every parent likes to gently tease their kids.

2. People are proud of their roots, no matter where they may be. Tie into this pride to garner customers for a small business. Chrysler filmed a classic example of this in 2011 with their “Imported from Detroit” long-form commercial.

1. Expand on the classics. The best is the best for a reason. Apple added a tiny detail to the classic novel 1984 and spawned a classic commercial.

Victoria B is a freelance writer available on WriterAccess, a marketplace where clients and expert writers connect for assignments. WriterAccess is powered by ideaLaunch.