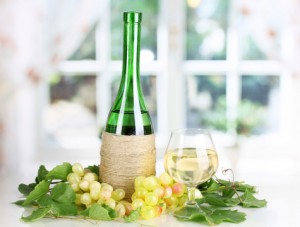 A few months ago I was afforded the opportunity of drinking a very expensive bottle of wine. It was a 1990 Pomerol. While I do enjoy wine, especially reds, I rarely consume anything that costs more than $20 a bottle, and tend to stay in the range of $10-$12. Even if I had a lot of money to burn, after, say, doing a bunch of freelance copywriting for SEO, I would still find it anathema to my modest sensibilities to ever spend more than $30 on something that I am going to drink, unless, of course, I found myself at a fancy restaurant where everything is severely marked up.

The occasion for uncorking this bottle of wine was a belated Christmas dinner (I had been in Detroit for the holiday) that took place in upstate New York at my girlfriend’s mother’s home. An executive of the company for which she works had given her the bottle as a gift after she successfully arranged to have his office moved. As this man evidently suffers from a severe case of OCD, this was no easy task. She excelled at it, however, and, consequently, was given this $500 bottle of wine as a gift.

We began drinking the wine as we finished cooking, and were initially disappointed with it, as it was a little vinegary. Sitting around for more than twenty years will evidently do that. After it had been given a chance to breathe for more that about 45 minutes, however, it became a joy to drink. As we finished the last of the meal, we wondered what other people thought of the wine, and found a website with over 100 reviews of the bottle.

The wine notes were remarkably disparate. Considering the fact that this bottle costs more than half of what I pay in rent every month in Brooklyn, this seemed a little odd to me. If I were to spend this much on anything, I would be somewhat of an expert, and I would think that my expert opinion would be very similar to another expert’s opinion.

This was far from the case. One person noted that it was “almost chewy” while someone else thought it was incredibly silky. Some said it was smoky (even bacony); others thought it was flowery. The reviewers agreed that it was fruity, probably because wine is made from fruit, but, beyond that, it was just a mélange of nouns and adjectives. The word “sexy” came up more frequently than it probably should have. We concluded that writing about wine is no different than filling in the blanks on a mad lib, one that can be written out as follows:

Some of the more humorous nouns that we came across were: leather, mint, licorice, dried rose petals, graphite, tar and tomato. One person noted that the 1990 was not as “hedonistic” as the 1989. Another thought there was “blueberry pie on the nose.”

We came to the realization that one could write just about anything so long as a fruit (or just the word “fruitiness”) and a spice (or just the word “spice”) came up in the review. After that, one need only toss in a few adjectives to make it sound really tasty (decadent, opulent, “silence-creating”). Though this may be a cynical approach, it seemed as though people were striving to write the most absurd tasting notes. Come to think of it, doing so could end up being more fun than actually drinking the wine.