Writer’s Block: How About a Trip to the Museum? 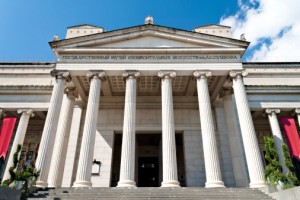 People are funny about art. Opinionated and fickle, disparaging or elitist, ask any museum goer what their thoughts are on Rembrandt, Monet, Jackson Pollock or Warhol and chances are they’ll give you an earful. Walk into the MoMA in New York or the Tate Modern in Britain and the conversation is an endless merry-go-round: That’s not art; it’s just a room outfitted with different colored tube lights. A shark in a tank of formaldehyde? You’ve got to be kidding me. Is this a urinal or a ready-made representation of a urinal?

But here’s the catch: People are inspired. The artwork, however mundane, absurd or revelatory, has provoked a response. Whether that response is disgust, embarrassment or awe (Edvard Munch’s The Scream was auctioned at Sotheby’s for a staggering 119.9 million in May), it’s a feeling just the same, and feeling is the backbone of inspiration.

The next time you’re writing and the words are jammed like the keys of a vintage Smith Corona, or the web content writing service you’re working for hits a dry spell, take a trip to the museum. It’s not only the art hanging on the walls that will be inspiring, but also the hushed, armchair commentary and criticism that you’ll hear percolating throughout the museum.

1. Need some motivation to get back to that social realist novel you’ve all but given up on? George Bellows, Robert Henri and the rest of the Ashcan School of painters might be able to help.

2. Need some Woody Allen witticism for that screenplay buried in your desk? Listen to the passersby as they take stock and spar over which painter is better, Bellows or Henri.

The trip to the museum, however, doesn’t need to be as specific as those two examples. It doesn’t matter what you’re writing; visual mediums like painting, sculpture, and installation pieces have a powerful effect on words. There’s a fancy name for this process: Synesthesia.

“Synesthesia is a perceptual condition of mixed sensations: a stimulation of one sensory modality (e.g., hearing) involuntarily elicits a sensation in another modality (vision). Likewise, a perception of form (e.g., a letter) may induce an unusual sensation in the same modality.”

Rimbaud, a French symbolist poet, was the first one to put the synesthesia technique to work. In his poem Vowels, Rimbaud assigns a color to each vowel (Black A, White E, Red I, etc), and then proceeds to mix and jumble the five senses. The finished product is a poem about the signs of the divine world.

The Writing on the Wall

Shape, color, texture, space and form -these are the basic fundamentals of all works of art. They also happen to be tools and techniques that can be applied to writing. If you look at enough paintings, sooner or later the colors and textures are going to stimulate a response. Rimbaud assigned Red to the vowel I, and that seems like the right color for Inspiration.