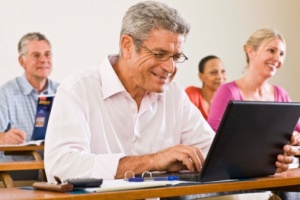 Thanks to the digital age, you can be reading the news on the Internet at one moment and making a purchase the next. Whether you’re ordering new boots or booking a flight, the transaction can be completed with just a few clicks. Today’s savvy advertisers hire professional writers to produce quality web content that appears alongside the news, on a variety of web pages and even in your email box. But what kinds of marketing strategies were used before the digital age, and do they offer any value in today’s digital age? Consider the following:

Because communication and representation form the foundation of content marketing, effective ways to share messages that interest, inform, and drive consumer behavior from the past include:

Can you think of any other pre-digital age marketing strategies that could be incorporated into your content writing?

Diana R is a freelance writer available on WriterAccess, a marketplace where clients and expert writers connect for assignments. WriterAccess is powered by ideaLaunch.