The Death of Google Analytics Scams 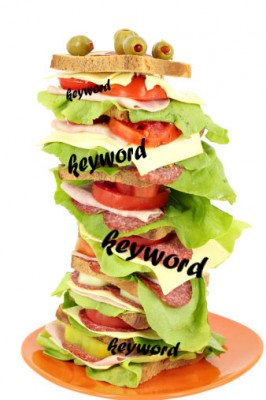 Keyword Stuffing as a Failed Pursuit

Google has a history of burying companies that try to fix the rankings game by cheaply implementing keywords within mediocre content in order to achieve a higher analytics ranking. As late as 2011, there were companies referred to in the online content industry as “content farms” that set-out with the single purpose of increasing the Google ranking of a webpage by cramming content with as many keywords as possible.

For these content mills, the quality of the content provided was secondary to the page´s Google ranking. As long as a page achieved a high ranking on Google — meaning advertisers, sponsors, and stockholders remained interested, — these companies were satisfied with the product.

Google, on the other hand, was not.

Frustrated by search results producing keyword-heavy webpages with little to no quality information, Google worked diligently over the last five years to prevent content developers for cheating the system. In addition to making an effort to prevent keyword stuffing, Google has taken steps to prevent other kinds of cheating with respect to analytics rankings.

Keyword stuffing and other formulas for cheating rankings worked for a while, but most of the companies that developed their business model around a system of shortcuts ended up kaput. Take Demand Studios, for example. In 2011, DS stock reached $122.75. At one time, it was worth more than the New York Times.

Today, Demand Studios stock can be purchased for $9.78.

Learning from the Worst

Considering what happened to the likes of Demand Studios, Examiner.com, the Yahoo! and Contributor Network, content developers can rest assured that there is no reward for cheating the system. By looking at the four major analytics changes Google made in the last five years, and understanding the purpose of each, those in the content marketing sector can make certain their content meets Google´s requisites of quality.

Pigeon – Pigeon is not one, but a large number of algorithm improvements, the latest of which occurred in July 2014. The most recent Pigeon update was designed to improve local searches. Rather than bringing up searches from all over the United States — or the world — Google is trying to help users find more results within their general area.

According to SearchEngineLand, after the latest Pigeon algorithm update, websites like Yelp saw major spikes in hits. As such, content developers can make a sorted effort to make their content area specific in order to achieve a higher ranking.

Panda – Like Pigeon, Panda actually refers to a number of algorithm changes. The purpose of every Panda change is to reduce the number of low quality search results produced during a query. Websites that have a great deal of spam, pop-ups, keyword stuffing, and advertisements from companies not affiliated with the keyword search are dropped in rankings.

Wonder if Panda works? After Panda´s initial implementation the following websites companies stock took a dive. Most have never recovered.

Penguin – Similar to Panda with respect to how the algorithm affects results, Penguin is geared toward encouraging website developers to follow Google´s Webmaster Guidelines. Simply, Penguin is another way of Google from preventing, “black-hat SEO techniques like duplicate content, keyword stuffing and cloaking to name a few”.

Hummingbird – This was Google´s largest algorithm change since 2010. While it does not eliminate any of the other algorithm tools used by the Google system, it does streamline them and improve their interconnectibility. Hummingbird is the first major change since Google´s Caffeine.

Ryan H is a full-time writer living in the high mountains of Costa Rica. When not behind the computer, Ryan spends his time kayaking and guiding on the rivers in Central America. He boasts to be fluent in Spanish, but his Latina wife argues he can only speak “Ryan.”