Using Freedom of Speech to Write a Good Tweet 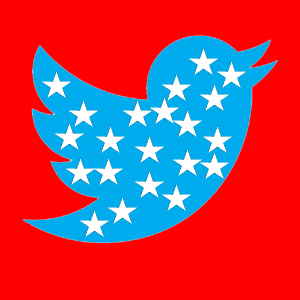 With more than 255 million active users on Twitter, the social media platform has become a promotional tool that all businesses should take advantage of. B.L. Ochman, CEO of Maximum-Plus.com, says that Twitter provides “non-obnoxious, non-obtrusive ways to use advertising and promote content and brands. They will endure long after intrusive advertising on social platforms, including Facebook, have failed.”

For businesses that have yet to take advantage of Twitter, there’s no need to fret. Setting up a Twitter account is very simple, and tweeting the first Tweet is even easier. The most important thing to remember about Twitter is that Tweets have to be short and oh so sweet. Even though they can’t exceed 140 characters, this still leaves plenty of room to make an interesting statement that grasps the attention of Twitter users and prospective customers.

What’s the Best Way to Write a Good Tweet?

Tweets, for business and personal purposes, are meant to reflect the thoughts and opinions of the person or business tweeting them. The best way to do this is by taking full advantage of freedom of speech. Businesses need to remember, however, that there are lines that can be crossed in relation to freedom of speech. Take for example the neo-Nazi group that Twitter blocked from the platform.

The best way for a business to own a Tweet and make it stand out is to share something interesting about itself. People like odd information, so the more odd and interesting, the better.

Businesses should do their best to steer clear of depressing Tweets. Sure, if the business is a local newspaper company, then Tweets about bad news are inevitable, but for the most part, Tweets should always be uplifting and happy.

Leave It to a Tweeting Professional

For businesses that don’t know how to create a good Tweet, there’s always the option to hire a writer to do it for them.

Mom always said if you don’t have anything nice to say, don’t say anything at all. Businesses by all means have the right to state their opinions, but as far as calling someone out by name, this not something to be done in a Tweet. Being that Tweets are so short, it’s best to say something nice. In fact, some of the best Tweets are those that compliment another business or Twitter user.

Composing a good Tweet isn’t difficult, but it does take time. Some businesses spend several months planning out the Tweets that they post to Twitter. Businesses that don’t have an internal worker who understands the ins-and-outs of Twitter will do well to hire a writer who knows the difference between a good Tweet and one that has no value.

Whitney W creates content for both online and offline clients. She spends her days switching back and forth between the role of a content writer, mother, and wife. As she continues to progress in her career as a content creator, she has improved her ability to write a good Tweet.