Turning a Crummy Content Job into a Happily-Ever-After Story 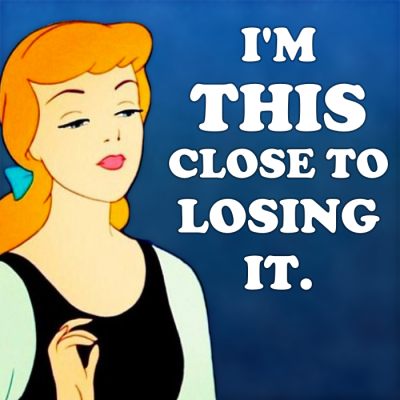 Aah, the American Dream found in a fairy tale. Cinderella, in classic Disney fashion, is a fable about a forlorn girl who benefits from some heavenly magic in order to secure her spot as princess of all the land.

That is the story of Cinderella that we’ve all come to love, or loathe if you understand that folk tales by the Grimms were not meant for children. Yet content evolving like the Cinderella story tends to refresh content writers and their spirits like the first yellow eruptions of daffodils in spring.

Rhodopis, sounding absolutely nothing like Cinderella, is the main character in the first ever Cinderella fable. The Egyptian Cinderella was recorded in the first century by Strabo, a Roman historian, and retold by the forever famous Aesop. This version is also based on part fact and part fiction.

In the Spark Notes version of this tale, Rhodopis the Grecian slave wearing a rose-gold pair of slippers was washing clothes on the banks of the Nile. Her shoes, sitting on the river bank, were snatched by a falcon, whom turned out to be none other than the Egyptian god Horus. Meanwhile Amasis the Pharaoh was hanging out on his throne when the falcon dropped one of the slippers in his lap. The pharaoh took it as a sign from the gods and soon, after some dramatics, he was wed to Rhodopis who became Queen.

Never heard of it? Let’s try another version of this content.

The Grimm brothers, Jacob and Wilhelm, took the original content of Cinderella and applied it to their cultural times in the “Household Stories by the Brothers Grimm.” In this tale, Cinderella doesn’t exist either. Instead, Aschenputtel meaning Ashfool is the ragged girl living with her evil stepmother and stepsisters. Ashfool’s father is as alive and well as he is oblivious to what is happening to his own daughter. The prince hosts a three-day festival at the palace in which he will select a bride.

In place of a fairy godmother? A white bird sent from Ashfool’s mother in Heaven brings her a new dress and pair of slippers for each night of festival. Of course, Ashfool isn’t allowed to go, but she makes it with the help of the angelic bird. Ashfool dances under the moonlight with the prince, but she has to leave each night at midnight. On the third night, she flees, leaving her golden slipper behind.

Here’s the kicker of this version.

The stepsisters have fat feet, so they can’t fit into the golden slipper being passed around by the prince. So what do they do? They slice off their heels and toes. Blood is a messy business, though, and the girls’ plan is thwarted. Back to that aloof father. He mentions to the prince that there is a kitchen-maid whom might be able to fit, failing, for shame, to mention that the maid was his own daughter. The slipper fit, Ashfool was married, and the entire family attended the jovial event.

Even the bird attends, so to peck out the eyes of the stepsisters.

It doesn’t stop there. Not to mention the Walt Disney-fied version, there are several other versions of this classic fairytale. According to Mental Floss, in one of the earliest variations of Cinderella, this fair maiden is a wolf in disguise. In one adaptation Cinderella murders her first stepmother, forcing her father to marry their housekeeper. Next thing she knows, Cinderella’s house is taken over by six stepsisters. Additionally, “Cinder” of the Lunar Chronicles, published in 2012, is a modern day dystopian tale of a cyborg Cinderella who moonlights as a mechanic.

It never ends, these Cinderella stories.

When writing content that you despise, either because it is silly, stupid, boring or monotonous, remember Cinderella and her content. Try putting a spin on the story in the way folk tale authors have done for the past centuries. By looking at content in a fresh, new way, you will benefit both your clients and your own writing stamina. For instance, when you have a series of product descriptions to write about bathroom accessories, try weaving a story into each description.

Your shower curtain description can be written as a guide to remodeling a bathroom, while the bathroom accessories piece can focus on changing accessories throughout the seasons. As with Cinderella, content is only as beneficial as it is relevant, so make even the crappiest of content jobs into a powerhouse by thinking outside of the proverbial Walt Disney productions box.

Miranda B is determined to one day score a storage building for her chill outdoor office. In the meantime, she bounces back and forth from coffee shop to her living room as she writes blog posts, travel articles and fantasy fiction.