Translating Legalese: The Duty of the Freelance Legal Writer 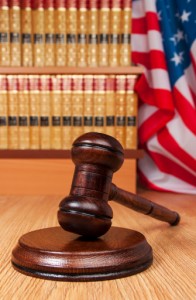 Did you ever have a friend growing up who didn’t get the joke because he took everything too literally? It was almost like he was engaged in a quiet war against colloquialisms more so than being a bit slow or a wet blanket. If you’re wondering what he’s up to, I have a good guess: he’s not a marketing writer; he’s a lawyer. If he’s not, he probably should be, since this is essentially what they do.

The popular conception of lawyers is that they stretch the truth and manipulate the law in order to achieve a desired end, and this is occasionally so. This practice is not necessarily deceitful, but it is tedious. It demands the ability to scrutinize every word, and, depending on what suits one’s purposes, a lawyer will often try to use some words in their strict meanings while allowing some degree of levity with others. The most ridiculous and famous attempt to do the former was performed by then President Bill Clinton, when he uttered, “It depends on what the meaning of the word ‘is’ is.” For a lawyer, this is a legitimate line of reasoning. If one fails to parse one’s words perfectly, to make sure everything is defined in an exact way, then there can be enough wiggle room to turn an ordinary sentence on its head.

This is a creative process that requires a lot of training to fully understand. However, the very first step to deciphering Legalese is to understand the three basic logical operators that connect different sentences to create compound sentences, and how these operators affect what is known as the truth-value (truth or falsity) of the consequent sentence. Our initial set of sentences, with which we will make compound sentences, can be symbolized as follows:

Besides basic negation (symbolized by a tilde (~), and meaning it is not the case that…), these are: the conjunction (&), the disjunction (v) and the material conditional (⇒).

A disjunction is very similar to a conjunction, but the truth of the compound sentence can be retained even when one of its components is false: Either Adam is Detroit or Adam is in Michigan (A v B). This is what is known as an inclusive disjunction. It is different than an exclusive disjunction, which means either A or B, but not both ((A v B) & ~(A & B)). This is the type of trick that a lawyer may attempt to pull: the sentence is true even when both A and B are true, though a totally reasonable person may think that the sentence can only be true if one of the components, either A or B, is false. The following table illustrates how this operator functions:

The material conditional is a bit more tricky. This operator is most commonly used to show the relation between two sentences in the form of an “if…then” compound sentence. For example, if Adam is in Detroit, then he is in Michigan (A ⇒ B). The sentence following the “if” (Adam is in Detroit) is what is known as the antecedent. Then sentence following the “then” (Adam is in Michigan) is what is known as the consequent. By positing this type of compound sentence, and then affirming the antecedent, we create what is known as a syllogism:

If one were to switch the antecedent and the consequent around, however, then the form would still be accurate, but the argument would not be entirely rational:

Though this may end up being true, it sounds more like a bad dialogue from a cop drama than logical necessity. However, it illustrates how one should think about material conditionals: they are meant to state that the antecedent cannot be true and the consequent false. As shown below:

It is only by understanding the mind-numbingly tedious structure of arguments that will allow you to convert them into everyday language when you have to.