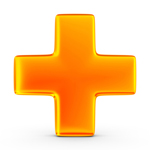 Everyone, including every amateur and experienced writer, is abuzz about the launch of Google’s new social media platform, Google+.  China has already banned the use of this social media platform – no big surprise there. There are many features that people will love, but there are still a few bugs left in the system. Even though there are a few complaints circulating about Google+, this illustrates another great benefit about Google+, which I will talk about later. When everything is considered, can an experienced writer – blogger or freelancer – benefit from using Google+?

Pros About Google+ an Experienced Writer Should Know

The first great benefit for a blogger or freelance writer is that your privacy is secure. Unless you actually mark your posts as public, they are private by default. This feature alone is what has Mark Zuckerberg and all the Facebook staff in an uproar.  They know that if they can’t provide a countermeasure, Google+ could be a Facebook killer with just this aspect, since privacy has been such a long-running complaint with Facebook.

Another great benefit of using Google+ over Facebook is that your posts are not limited to the 420 character rule. While I wouldn’t post an entire article because your post could easily get lost in the feed, it does mean that you have quite a bit more space to work with for a comment to the link to your blog or article. It certainly looks like Google+ can be used much like Facebook this way – to draw traffic to your article or blog. To make things even easier, it has a Multiple Login option, which can allow you to access multiple Google accounts on certain services.  Being able to log in to different Google Docs accounts from one page strikes me as being incredibly useful for writers.

Another really awesome feature about Google+ is that the controls are so intuitive and user-friendly.  Filtering “Groups” out of certain posts on Facebook was like arming a nuclear missile compared to how simple and straightforward filtering your “Circles” on Google+ is.  This means you’re less likely to accidentally include the eco-friendly Circles on a link you made to your blog post about your favorite recipe for cooking West Indian manatee.

Ever make a faux pas on a Facebook post and wish you could have edited it after hitting the “send” button, instead of copying, deleting and reposting it with corrected text?  You can do post-share editing with Google+ and seriously save yourself some time.  For a busy experienced writer, seconds saved on these kinds of goofs mean less time wasted, which could have been better used for writing your actual content.

The Cons About Google+ for the Experienced Writer

Since Google+ is only a month or so old, of course there are going to be bugs and features that weren’t included in its design.  Of course, their complaint and suggestion boxes are brimming with things that people want fixed or added.  One major difference between Facebook and G+ is that the staff at G+ is actually responding to consumer feedback, whereas Facebook mostly ignored it.

Some of the areas that G+ is currently working on that bloggers and freelancers need to be aware of include: hashtags aren’t supported in the software to aid searching, changing which circles a post is shared with after it’s posted, being able to overlap circles that a post is shared with, and better/more integration with Google’s other services.

As an example, before I joined G+, I heard a rumor that Adwords was possibly going to be integrated to G+ in a similar way to Facebook ads.  I haven’t seen it as yet, but it seems a natural fit.  At this moment, they just started accepting business pages, so we’ll see soon enough.  Also, Google Buzz is partly integrated, which helps to an extent if you use social media tools like Socialoomph.  Unfortunately, Socialoomph will only post to your Buzz (which is visible if anyone cares to check it out through G+), but not your G+ posts proper.

So, overall, is Google+ worth using for an experienced writer?  I wouldn’t quit Facebook just yet, but I would add G+ and get ready to transition.  Overall, once all the bugs are ironed out, it will be a completely superior platform to Facebook. The biggest issue I see with it right now is that it doesn’t have nearly as many members as Twitter or Facebook so there isn’t as much traffic potential.  This will probably change dramatically once it’s past the beta stage.  Then you can do all the same supporting work for your writing that you did with Facebook, and then some.

Any thoughts or comments on the usefulness of G+ for the newbie and experienced writer?

Brandon W. is a freelance writer available on WriterAccess, a marketplace where clients and expert writers connect for assignments. WriterAccess is powered by ideaLaunch.