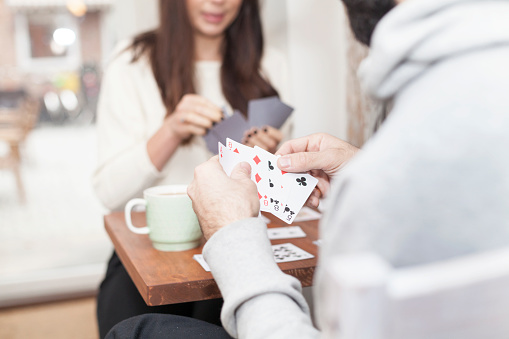 We’ve all experienced this kind of project at one time or another, the job from guessing game hell. This is the one where the title and price looked very attractive but then, deep into it, we realized as writers it wasn’t worth one penny with the amount of work that ended up being required. The problem was that the client had no idea what he or she really wanted when writing the scope. And revision after revision keeps getting rejected because the client is running a process of elimination on their side of the computer connection. This problem happens in everything from press releases to ghostwriter blog work.

The first and best way to deal with the guessing game problem is to avoid it altogether. If you think the scope is pretty clear, ask questions up front, especially those that pose what-if conditions. This helps tremendously in cutting down assumptions you might make as a writer but the client never wanted.

However, it’s often the case that the client seems easy going at first with questions, and becomes the “client from hell” after your first submission. And we’re not talking about a first round of edits after an initial draft. This is the client who keeps sending the work back after days of communication and previously approved sections that suddenly become problematic on the fifth or sixth revision. And you’re not wanting to give up the project because it’s worth serious income and now you’ve invested some serious time and effort into it. What to do?

Before you spend another four hours churning out another edited revision, stop and look over the original scope and all the changes that have been made. It’s often the case that in frustration to get the job done writers gloss over a critical aspect the client keeps looking for. If, however, you’ve covered every edit and the client keeps moving the field goal posts, ask specifically what else is needed to finish the article. Get the client to make a checklist of what remains to be done. Now you’ve created a parameter that the client has agreed to if they respond accordingly.

In the worst case scenario some clients will disregard the above and just keep demanding more changes. They come up with edits so outlandish or extreme, they probably could have written the article themselves without contracting it out. It’s unfortunate but this is when you have to put your ego aside and considering cancelling the job to let someone else go for it. The amount of time you are losing on the churn could have been spent earning work with another client. Don’t get stuck in the perfection trap where one or two bad clients eat up 80 percent of your earning time. Cut the line and move on, but learn from the experience as well. Avoid taking another project from that same client, and make sure to approach similar projects differently in the future (i.e. if you find you’re not good at press releases, don’t take new ones).

BIO: Tom L has written thousands of successful articles for happy clients but occasionally still finds one who can’t be satisfied and sometimes just needs a different writer style for the job.