The Oxford Comma: A Study in Class Warfare 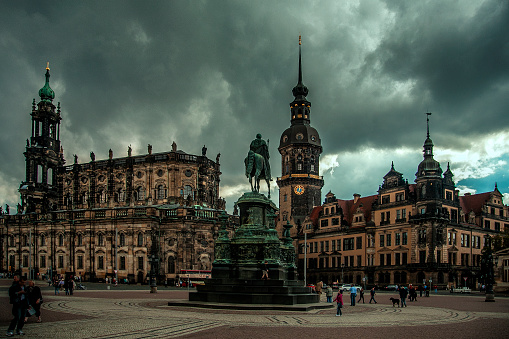 The Oxford comma is that rare thing in the mechanics of the English language. It is completely optional.

Really, that should be the end of it. Use it or don’t use it; the choice is yours. There is no right or wrong answer here.

But of course, freedom is a sore temptation. Style guides and even continents have taken sides in what has become an intensive debate over this little speck on the screen. Despite the Oxford University Press’s role in institutionalizing this comma’s usage, it isn’t standard in any other country but the United States. Nor is it used here in AP style, where the comma is viewed as redundant, in the way of breaking news events. Academics, on the other hand, shudder to think of a lexicon without the Oxford comma, which lends an essential symmetry to prose.

It’s Supposed to Be About Clarity

The Oxford comma — also known as the serial, or Harvard, comma — occurs between the final and penultimate item in a list, like so:

The three most common uses of the comma are to designate introductory phrases, to separate independent clauses in a compound sentence, and to set off a nonrestrictive clause from the main body of the sentence.

Proponents of the comma argue that the risk of not using it is ambiguity:

I’d like to thanks my parents, Oprah Winfrey and God.

Here, the sentence is ambiguous because “Oprah Winfrey and God” could be the appositive (or renamed noun) for “parents.”

Well, hold on a minute. It just so happens that opponents of the Oxford comma make the exact same argument:

I’d like to thank my mother, Oprah Winfrey, and God.

In this context, “Oprah Winfrey” could be an appositive for “mother,” leading to a similar kind of ambiguity.

But It’s Really Just About Style

Jasso Lambert, in an exhaustive examination of the Oxford comma’s history, notes that the Oxford University Press relied heavily on two texts in determining its standard of usage, F.H. Collins’s Authors’ and Printers’ Dictionary (1893) and Hart’s Rules for Compositors and Readers.

Ironically, Lambert points out, both of these books are full of idiosyncrasies. For instance, Collins decided that –ise should be changed to –ize simply on the grounds that the “z” was there in the alphabet, and it made no sense not to use it.

Collins is also responsible for the Oxford comma, citing Victorian philosopher Herbert Spencer’s view on the matter: “To me the comma is of value as marking out the component elements of a thought, and where any set of components of a thought are of equal value, they should be punctuated in printing and in speech equally.”

Of course, James Thurber makes the exact opposite argument to Harold Ross, the founding editor of The New Yorker, when he advocates writing “red white and blue” instead of “red, white, and blue,” saying that “all those commas make the flag seem rained on. They give it a furled look. Leave them out, and Old Glory is flung to the breeze, as it should be.”

So there you have it. The argument for or against the comma really has no merit. If you’re an elitist, you probably like it. If you’re a more down-to-earth, patriotic American, not so much.

In the end, the band Vampire Weekend summarizes the debate pretty succinctly. Unfortunately, I can’t print their response here. You’ll have to watch it yourself.

Valerie F is is a teacher and a freelance writer who enjoys writing real estate, education, and health copy.