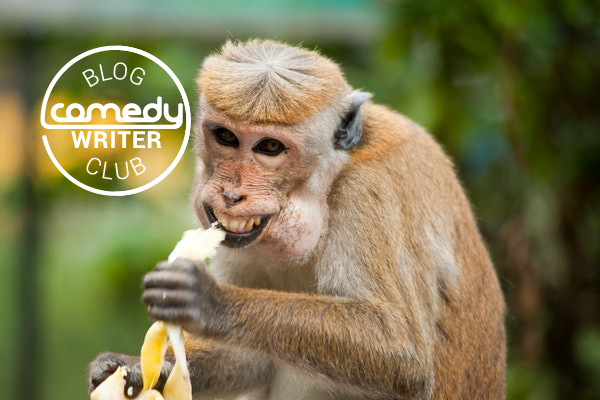 Comedian Owen Benjamin may have put it best when he described the way he deals with hecklers: “You don’t try to defend whatever it is that they are attacking about you,” he says. “You attack them on the thing they are trying to hide.” He talks about spotting the heckler’s hidden weakness. “You don’t call him fat if he’s obese. He knows that. He’s accepted it,” Benjamin goes on. “You call him fat if he’s just a little chubby, because he still harbors a hope of being able to hide it. He can’t, but he thinks he can. He tells himself he can. That’s where you hit him.”

You’re a used car salesman… or saleswoman… or salesbeing. The customer comes in and starts eying the beefy little red number under the fancy lights. Alright, he tells you he’s looking for something to make his daily hour and a half commute in. Maybe he just has no idea how cramped he will become after three hours a day in a tiny back-road racer. Or, maybe he wants to get laid. Okay, to be fair- maybe he just wants to feel like he could get laid. More on that in a bit.

How Does One Catch a Monkey?

So what is the money-catcher’s trick? How do you catch a monkey? You’ve probably heard of it before. You need a jar that’s quite large. It needs to be large enough that a monkey can’t break it, or carry it away when it’s filled ¾ of the way with dirt or rocks. Monkeys are ridiculously strong, remember, so it’s got to be one hell of a jar.

Okay, so the jar has to have an opening big enough for a monkey to get his hand in, but too small to pull his hand out when gripping something. It’s also got to be unbreakable… otherwise, you might end up with a monkey armed with sharp glass. And now you know the content of my nightmares. You place a trail of fruits leading up to the jar and a big beautiful plantain in the jar. Monkey approaches, reaches in, grabs said plantain–and gets stuck. He will not let go of the plantain- even to save himself. The hungrier he gets, the more desperately he grasps the impossible fruit. I think you can see where we’re going with this.

So our commuting businessman friend needs a car. He should be looking for something economical, reliable, and comfortable. But no, he wants the sexy car. That’s your monkey jar. No rhyme intended.

The idea here is you sell him on the premise that he gives you. His stated premise is, he wants something to commute in- nothing more. But you know, he wants the plantain. Yes, we are being suggestive. If he wants to take a test drive, well there’s an unassuming little minivan over in the darkened corner by the plastic ferns. If you’re going to give away a freebie, you give in on the basis of his premise–but if he wants to walk out with the plantain, he’s got to open his wallet.

Alright so let’s expand our scope a bit. Maybe you’re selling fiction ebooks. Now, you’re an ebook salesbeing. Congratulations. It’s been proven time and again that in the ebook sales game, you have to give some materials away. This is a bit trickier because the stuff you give away has to have some of the flavor of the stuff you keep behind the paywall. It’s a cheekier game. It stands to reason, after all, writers do it literally. The point is the fruits on the outside of the jar are never as tasty as the fruits inside the jar.

Now, the trick is deciding what it is that your customer truly, (perhaps secretly), considers to be the juicer fruit. That, in the end, is your challenge to discern. But like our heckler, who believes the chink in his fragile ego is safely hidden behind a black-vertical-striped shirt, your potential buyer is hiding something. Chances are, that something is on some level–if remotely–tied to deeper more animalistic drives.

They may think they just want stationary… but they really want the slightly saucy stationary with the deep red highlights around the edges. They show up for the self-help ebook, but they leave with the romance novel. They tell their spouses they’re just looking for something to drive to work in…

We’re all Monkeys, Prone to Capture

As modern monkeys, much of our motivations are disguised by a webwork of deferred gratification. Your job as the marketer, as the salesbeing, is to make it as clear as possible that your product or service is a solid stepping stone to the thing they truly want. That’s where careful language comes into play; solid writing that says it without saying it, subtle and vivid imaging that shows it without showing it. Try looking at a pack of Camel cigarettes without blushing.

When that monkey sees the plantain in the jar, he knows exactly what it is–but he has no idea what it’s going to take to walk away with it. That’s when you’ve got ‘em. Now, as your customer firmly grasps the plantain, you’re going to take them on a merry jaunt down the sales funnel.

Pros and Cons of Hiring Freelancers
How to Create a Foolproof Content Strategy
Behind the Scenes: What Does It Take to Become a WriterAccess Content Creator?
10 Ways to Make Sure You Aren’t Losing Money on Poor Content
What Content Marketers Want From Marketing Conferences (Hint: It’s Not the Porsche)
Get tips, tricks, tactics, and advice in your inbox each week
Join our FREE on-demand content strategy masterclass