The History of The Modern Gig Economy 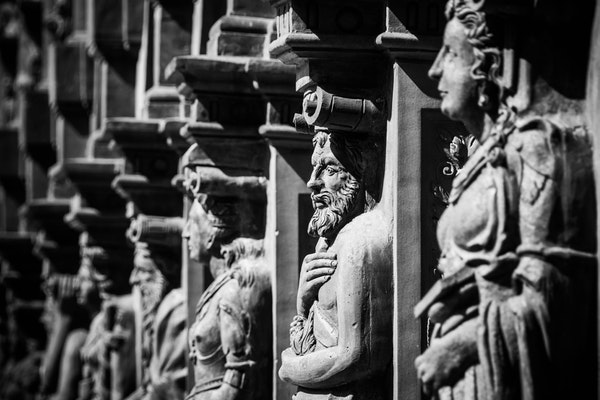 The workforce looks very different today than it did 20, 10 or even 5 years ago. Heck, when I graduated from high school, this job, freelance writing, didn’t even exist or if it did at all, it was very limited in its scope. I certainly knew nothing about it and didn’t even have a computer in my home, hooked to the internet, until after I had my first child. Suffice it to say, the term gig economy was far from familiar and the word “gig” meant something somewhat different. Just for fun, let’s look at what gig economy means today and explore the history of our modern workforce.

What is The Gig Economy?

Those of us in the industry are well versed in the nuances of the evolving way people find work in our modern age. For the sake of definition, the gig economy is best explained as a peer economy, on-demand economy, sharing economy or platform economy. Gallup defines it as “an alternative work arrangement as their primary job.” In other words, modern employees are more likely to work for themselves, make money by combining various jobs or move around from job to job than they were in our parents’ or grandparents generations’. They are also more apt to be self-employed and less willing to be tied to a 9-t- 5 office job.

Wait, what? Didn’t we just say the gig economy is new? Well, yes and no. Our modern jobs themselves might be new, but making money by combining a bunch of jobs and moving from job to job as a concept or way to pay the bills isn’t new. For example, a British historian Tawny Paul explained that the multiple-job aspect of the gig economy is anything but new. He said the following:

“Prior to the industrialization in the 19th century, most people worked multiple jobs to piece together a living.”

There are many jobs that have been around for years, and aren’t necessary categorized as “gig” work. However, they meet the definition of gig work. They include the following:

Gig work often involved breaking a job down into smaller tasks, which were then completed by more than one person. This isn’t a new concept. In fact, as potentially early as 1905, the term “gig” was used by jazz musicians to define their type of work. This was the first mention of the word “gig” to define a style of work. This is likely why we still call musical performances “gigs.” The 1940s and World War II then prompted the opening of large companies that provided temporary workers for businesses to fill in the gaps within the workforce, which represented another element of “gig” work.

When it comes to internet-backed or orchestrated gig work, that didn’t appear until 1995 with the inception of Craigslist. This platform, which was first launched in San Francisco, was designed as online classifieds that were devoted to finding or getting services, houses, gigs, items, etc. Today, Craigslist is in every state of America, as well as in over 70 other countries.

The Beginning of Our Type of Gig Work

When it relates to what we do today, freelance writing or marketing for clients, that didn’t’ come about until 1999 with the launch of Upwork. At the time, this was known as Elance and it was the first platform that allowed writers like us to find clients and projects via the internet. Of course, our own WriterAccess is a great example of the gig economy today.

A Look at Today’s Gig Economy

According to a Gallup Poll, some 36% of today’s U.S. workers are part of the “gig economy.” This means around 57 million Americans are currently working in jobs similar to our own, at least in some aspect. This number is only expected to increase. In fact, many estimate it will increase 43% by 2020.

If you have enjoyed this historical look at our modern gig economy and want to be paired with your own gig worker in the form of a freelance writer here at WriterAccess, contact us today. Our team of writers are happy to join your marketing team and work hand-in-hand with you to create enviable content you will be happy to share.