The Future of the Journalism Industry 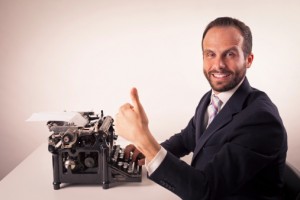 Omaha, Neb., resident Warren Buffett is known as the “Oracle of Omaha” because for decades his investments have foreshadowed the success of companies he bet on.

In 2012, though, the billionaire bought 62 newspapers owned by Media General, Inc. because he decided that newspapers can be profitable, according to the Pew Research Center in its 2013 annual report on American journalism.

When I read about Buffett’s decision, I was stunned. “What does he know that journalists don’t?” I thought.

My skepticism about Buffett’s optimism was based on what I observed during my career.

Long before The Great Recession, large newspaper chains were taking over smaller newspapers throughout the nation. In Chicago, where I worked, the mergers created oligopolies that destroyed the quality of their newspapers and the labor market. Far less news was published because many communities once covered by four or five reporters working for different companies were now covered by one reporter. A large percentage of the newspapers’ reporters were laid off. The rest of us had to work more for less money.

The readers noticed the changes because these newspapers’ circulation plunged. The executives, though, reacted to losses by making more cuts. The cycle seemed endless.

I went to graduate school in 2002, but as a leader of a writers’ group I organized and attended “The Future of Journalism” forums. The panelists, a mixture of well-known journalists and entrepreneurs who created blogs, always had the same conclusion—journalism’s short-term future was grim, but its long-term future was bright.

I got tired of waiting for the long term.

Last year might have been the turning point in journalism’s future.

In fact, Pew’s annual report concluded that the industry has “grounds for a modicum of optimism” for the first time since 2007.

Yes, it’s true that the industry had 55 percent fewer advertising revenues in 2012 than 2006, it lost $15 in print ad revenue for every dollar it gained in online ad revenue in 2012, the number of full-time reporters and editors has declined from 57,000 in 1989 to fewer than 40,000 in 2012, and statistically more reporters over the past several years have been “megaphones” for politicians and fewer have been breaking news stories.

It’s also true that Buffett’s decision is one of several reasons that Pew is relatively optimistic about the industry. Pew also cites:

What do these positive changes mean for readers and article writers for hire? It’s too early to tell, but Americans’ greater willingness to pay for news could mean more and better news websites and decent wages for their writers—in the long term.