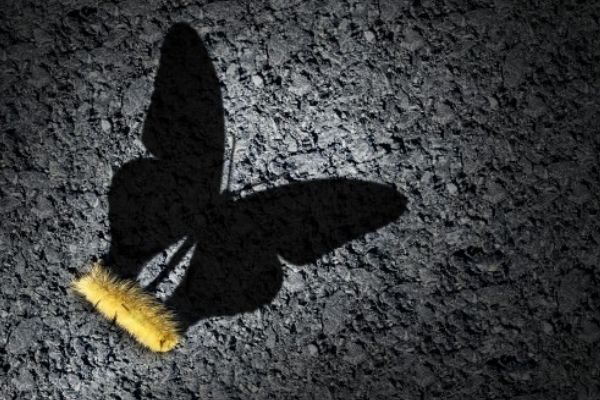 Do you ever wonder why Benjamin Franklin is smiling on the $100 bill? It’s because he made a boatload of money as the founding father of content marketing!

In addition to his hobby of writing Declarations of Independence, Franklin was a writer, newspaperman, and inventor. He was also the publisher of the Pennsylvania Gazette, and owned a print house and paper mills. In 1732, Franklin began publishing Poor Richard’s Almanac under the pseudonym Richard Saunders. The quarterly publication provided readers with weather forecasts, calendars, poems and observations; it provided Franklin with fat stacks of cash.

Because Franklin owned the printing presses and supply lines, and Poor Richard’s Almanac helped him fulfill his goals of selling more paper and finding more clients for his printing press. Content marketing is simply defining goals and producing content that helps you fulfill those goals. In that regard, content marketing is still the same as it was more nearly 300 years ago.

John Deere plowed up the content marketing landscape in 1898 when he published The Furrow, an agricultural magazine. The Furrow was the first to feature native advertising in which ads educated farmers on the latest technology and techniques while also giving them opportunities to buy the newest John Deere plow or implement.

Many other manufacturers adopted native advertising and content marketing. A young tire manufacturing company created the Michelin Guide in 1990, for example, which featured a star system that could help travelers find the best places to eat and stay as they racked up miles on their automobile tires.  The Kraft company began offering Jell-O recipe collections in 1904 to inspire culinary creativity at home and shake up sales at the gelatin factory. In the 1930s, Proctor & Gamble created the first soap operas, which were serial dramas featuring their detergents.

Content marketing then evolved from brand-driven content into Madison Avenue-style ads that we still see today in magazine, newspaper, television, and radio spots. These ads eventually became known as outbound marketing, which is an approach that involves broadcasting a company message to a wide audience in hopes of attracting a handful of qualified buyers. The company messages were fat on self-promotion and thin on helpful content.

Content marketing began to make a comeback in the 1980s, but from an unlikely source – comics. In 1982, Hasbro and Marvel collaborated to develop the G.I Joe comic book, which revolutionized how toys were sold. A few years later, Lego launched the Brick Kicks magazine, a content marketing move that boosted sales of the plastic building blocks.

Swarthmore College student Justin Hall wrote the world’s first blog in 1994, even though they didn’t call them “blogs” back then. Hall probably had no idea that, with the penning of Justin’s Links From The Underground, he would forever change how people would share important information. In this case, Hall shared information about his personal life and a few helpful links to other websites.

Hall’s blog paved the way for inbound marketing, which is a marketing approach where customers come find you when they need you. Companies learned they could attract interested customers by publishing blogs and other helpful marketing content on their websites.

In 1996, Bill Gates wrote an essay entitled Content is King, in which he predicts the evolutionary course of content marketing on the internet.

“Content is where I expect much of the real money will be made on the Internet, just as it was in broadcasting. The television revolution that began half a century ago spawned a number of industries, including the manufacturing of TV sets, but the long-term winners were those who used the medium to deliver information and entertainment.”

John F. Oppedahl was the first to use the term “content marketing” in 1996, when he led a roundtable for journalists at the American Society for Newspaper Editors. In 1999, author Jeff Cannon defined the term by writing, “In content marketing, content is created to provide consumers with the information they seek.”

In the 1990s, the primary goal of content marketing was to get customers to visit a brick-and-mortar building. After significant growth in e-commerce at the turn of the century, though, the goal shifted. Instead of getting customers out of their homes, the marketing directed them to do something online, such as filling out a survey or purchasing a product.

Content marketing has evolved into an important component of an overall marketing plan. According to a survey by HubSpot, 55 percent of marketers say blog content creation is their top inbound marketing priority and 9 percent said they planned to add to their marketing efforts in the next 12 months.

It’s hard to say how content marketing will change over the decades, but it will likely evolve in ways that would make Benjamin Franklin smile.

For more information about content marketing, contact WriterAccess, and let our team guide you toward a better way of bolstering your business’s brand!

Lynn H. has been writing humor for more than a decade and making people laugh for about nine and a half years – prior to that, she was only able to muster a few chuckles. She specializes in medical humor that makes both patients and doctors giggle but she also writes funny stuff for marketers, comedians and anyone else who likes to chortle now and again.