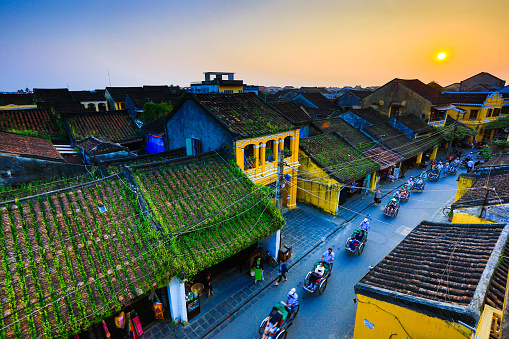 Remember that great line from “The Accidental Tourist,” the 1988 movie with William Hurt and the fabulous Geena Davis? Hurt plays Macon Leary, an emotionally repressed writer of foreign travel guides who hates to travel, far preferring the protective routines and familiar drudgery of home. Macon fears the chaotic loss of control that moving through unknown territory filled with unexpected possibilities brings. I feel you, Macon.

During my first year here at WriterAccess, I have received more “exceeded expectations” and glowing comments for travel writing than any other industry. The majority of my repeat work comes from travel clients, and I’m on several travel industry Love Lists.

I find this freelance travel writer life of mine beyond ironic. The weekly two-mile trip to the grocery store taxes my energy. I’ve left this country once in my 57 years; my paternal grandmother took me on an Alaska/Canada cruise when I was 13. Much to her horror, I spent most of my time cruising the elevators, thanks to the adorable British help.

The logo for Macon Leary’s books depicts an overstuffed armchair with angel’s wings. This would be me — sprawled on my too-soft couch with four pillows supporting my back, tapping out pieces describing St. Lucia, Czech Republic castles, or underwater luxury resorts.

Macon Leary’s siblings still live in the family home where they were raised. Their mummified existences and terror of the unpredictable are both sad and hilarious: “Foreign travelers in life, they suffer ‘geographic dyslexia’ if they venture too far afield from the sheltering routine established over the years: groceries arranged in alphabetical order on the cupboard shelves…”

I’ve been ruminating on my own family of origin lately. My father spent at least four decades of his adult life living in (and selling) homes within the same three-mile radius of West Los Angeles. My much younger 19-year-old mother went from her parents’ home in my father’s territory straight into a home with him just months before my birth. They divorced when I was 13, and they both obtained residences within this same neighborhood. My father died of lung cancer in 1996 in an apartment he owned directly above the apartment in which his own mother died 20 years earlier.

Shortly after her divorce, my mother relocated to the California high desert to be closer to her own parents – her pattern in life. When my grandfather died, my uncle moved my grandmother to Napa and Mom followed. They spent the next 25 years living together. My mother eventually became a 24/7 caretaker for my grandmother until her death at 99.

My mother begins radiation therapy tomorrow for lung cancer. I’ve not lived with her since I was 16, moving around the country in increasingly wider circles, farther and farther from “home” and away from relatives – my pattern in life.

Despite my relentless efforts to feather a new nest for myself here in Western North Carolina, Life appears to have other plans. I may already have one foot on the gas pedal making that painful cross-country trudge back to California, two howling cat carriers by my side. The image of me sleeping in my dead Grama’s bed while caring for my own mother is incredibly ironic but bizarrely beautiful in some twisted plot way. It’s so wrong that it feels right.

In a recent phone call, my mother admonished me to get my freelance writer financial life together and aim for a home purchase. “Time goes so fast. Find a place to settle down.” Oddly enough, I sense that my own “Golden Years” are going to be spent traveling to the dozens of exotic locations I’ve been cyber touring, and writing about, from the comfort of my predictable and sheltering couch.