That’s Not Funny…Or is It: Edgy vs Controversial Marketing Humor 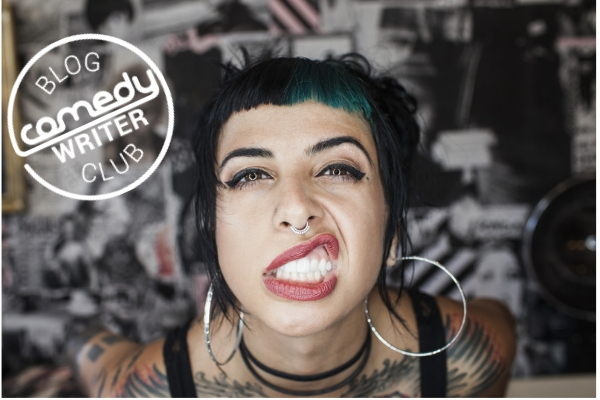 Let’s face it; sarcasm creates a connection. It’s the reason that comedians like George Carlin and Robin Williams were masters of comedy. That rancor was how they grabbed people’s attention and kept it. Every once in a while, though, sarcasm takes a surprising turn.

The marketers and writers of this campaign thought this was hilarious, no doubt – the rest of the world not so much, though.

It’s a chance you take when you introduce humor into your content. This ad for Kayak Stairlift took a little poke at the aging population and their kids. Surprisingly, the senior community didn’t appreciate it.

The question is how can you as a marketing genius tell the difference between edgy and controversial.

Draw a Line in the Creative Sand

Generally speaking, you are always going to be walking a tightrope when you make fun of anything. The mistake the Stairlift marketers made is they picked on a class of people – the elderly.

In fact, the line you draw should sit squarely in front of classes of people. Stay away from jokes that focus on:

As a rule, if you are going to make fun of something, make it:

Of course, there are exceptions to every rule. There are times when poorly thought out marketing humor pays off, but most of the time, all it gets is your brand flamed on social media. When creating content, consider the emotional impact and know who is likely to reach for the pitchforks.

If You Don’t Know, Ask

I’m sure that’s what the marketing firm that created this ad wished they had done:

There is this little thing in marketing known as a focus group. If you are creating ads that look like this, you need one. The focus group allows you to test out your humor on a random sampling of consumers and takes its temperature. It’s the marketing equivalent of asking your mother if something is okay.

The rules of content creation don’t change just because you are looking to add a little humor into the mix.

Now Tack on Some More Rules

Once you have the basics in hand, consider the rules that apply to marketing humor, too.

Use sex carefully. It has some appeal, and it certainly gets people’s attention, but it can backfire real fast.

No explanation is necessary.

Finally, trust your gut. If it doesn’t feel right, it probably isn’t. If you don’t have the knack for telling the difference between edgy and offensive, hire a writer that does get it.

Humor is a beautiful tool for marketers. It can make a campaign stand out in a world covered with them when done right. Edgy sells but offensive just gets your brand boycotted.

Making Thought Leadership Funny and Profound
Writing Scams and Shams That Got Me
Preventing Anxiety: What You Need To Know
Shock Marketing Campaigns: Good or Bad Idea?
5 Reasons to Hire a Freelancer Rather Than a Full-Time Staffer
Get tips, tricks, tactics, and advice in your inbox each week
Join our FREE on-demand content strategy masterclass