Taking Assignments that You Are not Qualified to Write 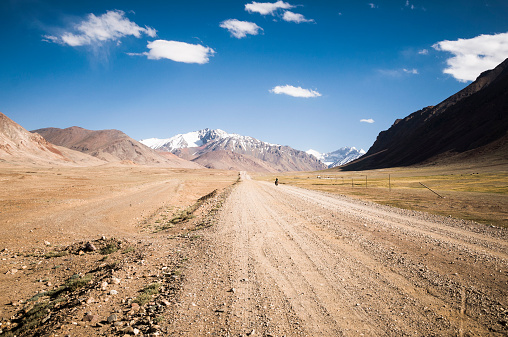 Recently I was looking back at my time as a freelance writer and all of the mistakes that I made along the way. For me the move to write was financially driven. I had no great ambition to be a writer. I simply needed a way to make a living. That need led me down some pretty rocky roads and I see those same roads each time a hoard of new writers becomes eligible to write here at WriterAccess.

Whining is one of the first symptoms. Someone has taken an assignment because the dollar signs in their eyes blinded them to the fact that topic was beyond their skill and now the drone of discontent spills out across the forum like blood at high noon in Dodge. My turn came a while back. I managed to promote to five-stars before they initiated the gatekeepers. Back then we did not have solo orders.  Just lovelists and crowd orders. There was not a whole lot of work either. Byron was still knee deep in Top Ramen — no wait, that was me. Okay, I don’t know what Byron was doing, but this was long before his Content Marketing empire rose from the sordid sands of Las Vegas. In fact, it was long before most of the current staff at WriterAccess arrived but sometime after Little Foot found his parents. I took an order for green service or green technology or gangrene. Wrote it in my whirlwind fashion and submitted it for the client to mark with a “5.” Yes, back then it was all numbers. Everything was a number — star levels, article rating, writers, clients, etc. Well, the client was not pleased. I don’t think we even had forums then. There was nowhere for me to whine about my troubles. So I dropped the article and WriterAccess dropped me a whole floor.

Bitter, Party of One

There have been a lot of little parties around lately and they span most article writing companies. Many of us blame the client. That is the second symptom. It has to be the clients fault. Nowhere in their instructions did they say the content had to be high-caliber or even good for that matter. The disease progression continues on in this self-denial state that apparently is highly infectious or maybe just magnetic in nature. It is not fatal though we’ve lost a few writers to Accountus terminateus. These days it turns into 17 cats in a litter box trying to cover poop.

Long story short, stop your whining. If you take an assignment for which you do not qualify that is on you. It isn’t going to be the client’s fault. It isn’t going to be WriterAccess’s fault. It is your fault. I know first hand how making money here drives poor choices. It took a while to regain what I lost. So stop whining. Whining is the first symptom and if you don’t whine you might not have the disease. Instead of falling into that trap just ask yourself is it really worth it? It usually isn’t. The clients will see right through your poor attempt to inflate your expertise. So the easy way out is not to take orders that you are not qualified to write.

David S is an active organic gardener and grows 70-80 percent of his food. He has been growing organic produce for over three decades. His 2015 summer garden was successful. It is currently in transition as the last of the tomatoes ripen. He has amended the soil and planted winter greens, peas, and brassicas.