Writer Rant: So Have I Settled? 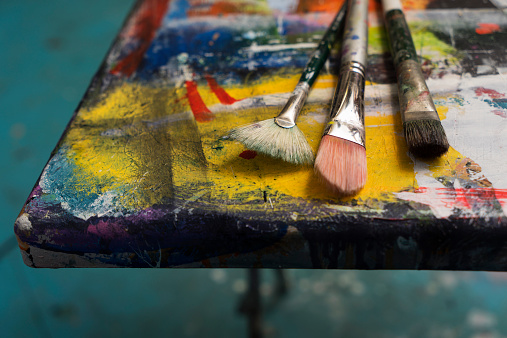 One of the interesting things about creative occupations, such as writing, art or music is that there are so many fringe careers that can use your talents for entirely different purposes than you originally intended. And the truly irritating thing is that these “fringe” careers as I like to call them, usually pay very well and regularly which make them annoyingly attractive.

I’m personally acquainted with crazy talented painters, who rarely have time to paint because working as a drafting specialist for blue print companies pays well and quickly. I’ve also known musicians who were plenty talented themselves yet spend their days running mixing boards in recording studios helping other people fulfill their dreams while they simply bring home a paycheck, no dream attached.

Then there are writers. There are so many non-creative fields that can use the talents of good freelance writers, most obviously is the freelance content market. When I studied creative writing and even freelance writing as a younger person, it was not as big of a “thing” as it is now, so I was pretty surprised and definitely attracted to the idea of a paycheck.

I began attracting clients who paid thousands of dollars for projects that only took me a few weeks or months to complete, and the regular work with WA was thrilling on a lot of levels, but there was still that icky feeling of “selling out” or “settling.”

I felt that I had given up on my real dream of being a novelist. I would actually feel guilty that I was not spending my writing time in a creative way, but I would feel guiltier over the thought of spending time on a project that did not earn money for my family. So like most things in life, it became a second-guessing game and simply choosing the guilt of one path over the guilt of the other.

But here is the thing; our lives happen in seasons. There have been seasons of being carefree and child free, thinking I had the best marriage on earth, discovering that I didn’t, feeling trapped, and then starting a freelance career that gave me the courage to realize I was not trapped. I could leave a destructive marriage and make a better more peaceful life for my children. They say money is power, and it doesn’t even take very much to give someone who has never had any the confidence boost they need to heal their life. So for these reasons I am eternally thankful to the content market and specifically WA for helping me change so many things.

I do not feel like I have settled or sold out right now. I feel like I’m just in a season which requires a hold on some dreams as I work my butt off achieving others. Independence is an important dream and that is definitely shaping up.

Sarah R is available for projects at WriterAccess.