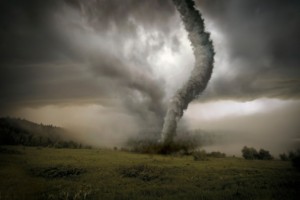 Writers are an arrogant and megalomaniacal bunch, their egos quick to flare like solar storms at the slightest affront to their talent and creativity, or lack thereof. While it’s no secret writers spend an exorbitant amount of time griping about unfair and dismissive clients, poorly worded assignment instructions, and nitpicky revisions, they spend just as much if not more time griping about one another. How else does one explain the amount of trash talking and backstabbing that exists in the blogosphere? Visit the wrong forum or online community and it’s like watching a marauding clique of Heathers toss newbie chum to a school of bloodthirsty sharks.

If the competitive world of freelance writing is like the food chain, then there’s always going to be writers that cannibalize their species. Content writers for hire are constantly getting attacked by so-called professional writers, the writers with stamped and approved journalism degrees, MA’s in creative writing, the ones who lost their jobs at print publications and now find themselves online bidding and competing for articles that pay a fraction of what they are used to. Bitterness and resentment are understandable. Who wouldn’t be upset if they lost a writing career because of the Internet only to find themselves at the mercy of the Internet to have a future career in writing? Is there anything more ironic than irony?

What’s worse than the professional writer throwing down the gauntlet is the blogger with a chip on his shoulder who complains about The Death of Good Content Writing, but who makes a living writing content. Blogging, in its early stage, was often referred to as “sardonic judgment shot from the hip.” The sardonic judgment part still holds true, but today it is not being shot from the hip; it is being unleashed like a a high-powered flamethrower, or, to return to the big fish, little fish, food chain analogy, shot like a spear gun from an anonymous ghost ship.

It may be a generalization to say that all writers want some form of praise or recognition. But it’s close to the truth. Ask any writer. Writers want an ego stroke. So what is as good as a raise or an article byline, not to mention easier and more accessible? Competitive trash talking. Grammatical bullying. And intellectual fist-pumping. This late in the game, to ask why we all can’t just get along seems naive. So what’s a writer to do?