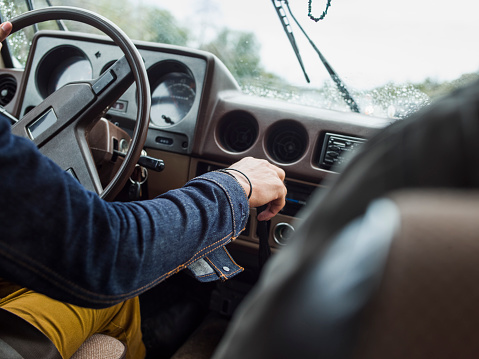 A dramatic and complete rebranding isn’t an easy process, and it’s not always worth the effort.

Here’s the thing about branding: The branding itself is less important than the brand’s visibility and the trust it has earned with customers and prospects. A brand is not a logo, a slogan, and a color scheme, a brand is real estate in the public consciousness. If you have that, then a total rebrand, abandoning your identity for a new one, is throwing away a lot of valuable mind space. If you don’t have that, a dramatic rebrand probably isn’t going to help you get it.

This isn’t to say that a dramatic, ground-up rebrand is never a good idea, or that a brand shouldn’t change over time, only a word of caution not to approach rebranding from a place of desperation, or to put too much faith in the idea of changing the most superficial aspects of your business.

There are a few scenarios where a total one-hundred-eighty-degree rebrand is a good idea:

You’ve probably read about how soft drinks like Coca-Cola were initially sold as medicinal beverages, and eventually rebranded as, well, just tasty drinks. Rogaine was developed as a blood-pressure medication, but sold as a hair tonic based on a side effect. Rebranding in this way is usually done because a product or service actually suits a secondary purpose better than it suits its primary purpose.

After a scandal, changing the name of a product can be a way to sidestep the controversy. When this doesn’t work, though, it only compounds the embarrassment. An apology and a sincere effort to do better in the future will usually go a lot further with the public.

Shifting your brand’s personality doesn’t require shutting your entire marketing team down and starting over fresh. If you’ve been running a dry, technical blog and you’d like to inject a little bit of humor into your brand, you only need to seek out funnier bloggers for hire. A gradual shift will let you take the time to find out how your market responds to the changes without having to commit entirely right from the first step. By shifting your brand’s personality in bits and pieces, you can optimize and adjust as you evolve.

A brand is really nothing but a name with which the market is familiar. Then can attach positive or negative feelings to that name, and whether you’re trying to dodge bad press or win over a younger demographic, a gradual shift will almost always give you a better shot at achieving the desired effect than starting over from scratch.

Gilbert S is a writer and artist who lives in rural New Mexico with his dog, Sir Kay, and his wife.