SEO in the Age of Panda 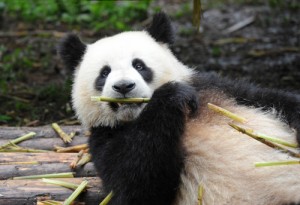 Google turned the search engine optimization (SEO) world upside down back in 2011, when it released a do-over of its results ranking algorithm. Known as “Panda,” it left many web designers, developers, and marketers feeling like they had just been mauled by a bear. The change plunged millions of high-ranking sites into utter obscurity, except among those brave souls who scour the first 10,000 results for keywords like “canned fruit” or “polyester slacks.”

Panda is intended to ensure that sites offering high-quality, well-written, relevant material enjoy higher rankings than those using “black hat” strategies. Such sites, known as “content farms,” are filled with incoherent junk, with high-demand keywords tossed in at strategic points to raise their Google rankings.

Of course, not everyone was happy with Panda when it was released. Managers of the targeted sites were among the less-than-ecstatic, of course. But so were many owners of quality sites, who felt they had been unfairly penalized.

In response, Google released an update to the algorithm, then another, and another, and another. To date there have been 25 such modifications of the original release, and SEO experts stay busy updating themselves on what each of them means for their clients.

Meanwhile, the folks in black hats are still at it, trying to figure out ways to beat the rules that Google has imposed on the Web. The games they play with the search engine giant are like the endless battles between hackers and cyber-security experts, with each side continuously trying to one-up the other. For those on the sidelines who are worried about their own site’s prospects, the whole thing can be terrifying to watch.

Most of this consternation is unfounded. The people at Google have been quite open about what types of sites Panda is designed to favor. They’ve even provided a handy guide to optimizing SERP rankings. It provides 32 pages of helpful tips, including:

Any web content writing service worth its pay will strive to work with, not against, Google in its efforts to improve the Internet. Panda was created to make the Web a better place for visitors and site administrators alike. Learn to play within its rules and the results will be happier customers, higher SERP rankings, and a better world in general.

And a word to the outlaws reading this: see that white hat over there? Try it on. You just might like it.

Bill W is a freelance writer available on WriterAccess, a marketplace where clients and expert writers connect for assignments.

How to Create a Customer Journey Map: Enhancing the Customer Experience
How to Write a Creative Content Brief: 7 Things to Help Any Writer Crush Your Next Project
How to Hire a Freelance Writer: 5 Things You Need to Know About Hiring a Freelance Writer
Comedy in Content Marketing: How to Add Humor to Your Brand
Why a Content Management System Is Needed: 9 Ways to Manage Your Content Across All Your Platforms
Get tips, tricks, tactics, and advice in your inbox each week
Join our FREE on-demand content strategy masterclass