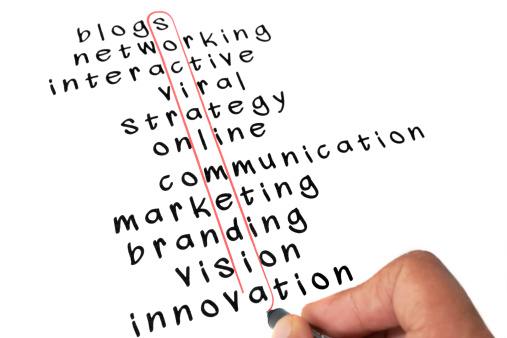 As of 2015, social media websites (including Facebook, Twitter, and Pinterest) move nearly one-third of all traffic to websites. The site traffic acquisition shift means that creating social media friendly content is now just as important as ranking well in web searches for attracting viewers.

Fortunately, optimizing your content for social media performance has a substantial amount of overlap with established SEO practices, albeit with some different rules and limitations alongside a greater emphasis on visual content. Just a few years ago, a business writer could craft an article on a new web technology startup and focus on including search keywords within quality content to perform well in searches. Today, that same business writer is concerned with bringing in that traffic from search engines while steering the content towards an audience appeal for sharing on social media. Social media is not concerned with keywords like searches, but it introduces different needs for selling the content.

If you’ve shared a link to an article on Facebook, you may have noticed that the social network grabs all sorts of content related to the article including the title, description, and a thumbnail image. However, there’s a chance the values for the description and thumbnail Facebook pulled in are completely inaccurate as to what you see on the page when you visit it. A program called a “scraper” performs a scan of the page and deduces which content it believes should fill those three values with varying degrees of accuracy. Facebook introduced Open Graph tags and Twitter introduced Twitter Cards to allow web developers to specify values for shared content previews.

Both Facebook and Pinterest’s article sharing use a shared OG metatag system to hard code the page title, description, image, and other relevant information. A title OG tag is embedded in the website’s metadata by the development team and looks like: <meta property=”og:title” content=”Title of your Article” />. Twitter cards work on a similar concept, but use unique property values so developers can assign different data than what they set for Facebook. An example Twitter Card tag looks like: <meta name=”twitter:title” content=”Title of your Article” />

SEO-friendly titles cut off at 60 characters in length, but this limitation is not imposed on social media sharing previews. Developers and work with the OG tags, Twitter cards, and other page meta data to specify different title data for search engines and social networks.

For example, a title like “this troubling news will shock you; you’ll have to read this article twice to believe it” would work well on Facebook and Twitter to entice people to click on a link, but it’s too long to be SEO friendly. Instead, the page’s official title would be something like “this troubling news will shock you” with the previously mentioned title being specified in the metadata for social media. Allowing for “SEO” and “Social” titles lets you phrase the title differently as well so you can focus on keywords in the “SEO” version and a content tease in the “Social” version.

The Importance of Images

The display difference makes for the biggest difference in SEO and social media optimization because of social platforms’ higher emphasis on visual content. Each social network has its own image criteria, with Facebook requires images that are at least 600×315 pixels and recommends using images at least 1200×630 pixels. Twitter will crop images to 120×120 pixels or use any image less than 1 megabyte in size depending on the Twitter Cards settings. Therefore, using 1200×630 JPG images are optimal for sharing preview thumbnails.