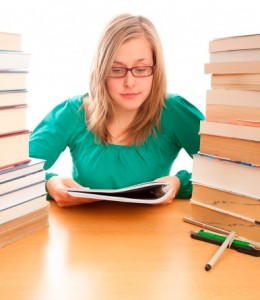 Etymology, the study of words and their origins, stimulates creative thinking in writers. And let’s face it. As word nerds, writers spend much more time working with these units of thought than anything else. Words can make or break our career whether we are, say, marketing writers, content writers, travel writers, or bloggers. So for the love of lexicon, here are a few of our favorite words and their uncommon origins.

Once upon a time when Amazon dot com was nothing more than a mere prophesy by some heretic living alone in a cave by the sea, the word had a different kind of power. Amazon originally meant “breastless woman.” Oh yes. These breastless women were none other than the Amazonians during the days of Ancient Greece. Tall, fierce and not so feminine, these supposedly fabled women warriors who lived near the Black Sea were something to be reckoned with. How did they get to be known as breastless? In order to better pull their bowstring, this race of legendary ladies would burn off their breasts. Turns out their bosoms were a bit of a burden.

The next time you buy your mother-in-law a potted orchid for her birthday, do it with a smile. This delicate blossom with its tender shoots and easy to drop petals originated from the word “orchis” in Greek. Orchis translates as testicles. Yep, you got it. Those prim and gossamer plants that cause home gardeners so much strife are akin to testes, balls, nuts, bollocks. Now you’ll never look at your ethereal orchids the same again.

Hobby has a heaping helping of origins. Originally, a hobby was what someone in the 14th century would call a person, as in “hoby” with one “b.” This was a nickname for those named Robert or Robin. Additionally, the Old World falcon that was used to hunt larks and other small game were called hobbies. By the 15 th century, hoby was used in France in reference to such mischievousness as harassment and skirmishes, while the Dutch used hob to mean to rock or roll. From these odd yet worldly word origins we have the hobbies of today, which are more diverse than the word’s many origins.

Of the eldritch words on this list, “weird” has its own unusual origin. The first uses of “weird” came from Beowulf and Macbeth. Weird, oddly enough, meant “fate” or “destiny” in those novel tales. By the 19th century, we turned this noble word into the, well, weird meaning it has today.

So the next time you are flipping through your thesaurus for a synonym or clicking on your online dictionary for a meaning while writing, consider the origins of your words as well. You might just surprise yourself and your readers with a new grain of thought.