Newsjacking: “Sharing” the Spotlight for Fun and Profit 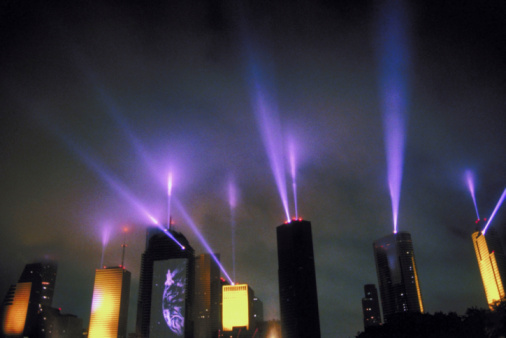 It may sound like something that will get you sent to federal prison, but newsjacking isn’t a crime. Instead, this age-old PR tactic is a great way to garner media attention by artfully wedging yourself or a client into a current, seemingly unrelated news story.

For a fanciful example, consider a small diner in Roswell, New Mexico. Imagine the savvy owner learns of a UFO investigator’s convention coming to town. He informs the media that he will be offering the investigators his strongest coffee at no cost each evening so they can be alert as they watch the skies. His goal, he says, is to get to the bottom of the mystery surrounding his hometown once and for all. What he failed to mention was his intense desire to see his diner, with its miniscule advertising budget, finally mentioned in the paper.

Typically, newsjacking takes the form of preparing a well-composed press release. If that release gets picked up by news outlets, professional writers and their clients can find themselves the focus of more media attention than they ever thought possible. Sadly, even the most successful newsjacker might not see her name in the headlines. That’s okay. As author David Meerman Scott says, the goal is to “own the second paragraph.”

Getting started is surprisingly easy if you have your finger on the pulse of local news. Once you identify a story ripe for newsjacking, try a few of these tactics.

Take a Public Stand
One of the easiest newsjacking techniques is simply to use your existing platform to speak out publicly about an important story in the news. Bloggers do this all the time, often succeeding by taking a decidedly contrarian stance.

In this instance, the goal is to get your post linked or shared via social media. The beauty is that even those who disagree vehemently are likely to forward your post on to others. Posts that go viral can quickly pay off in increased traffic and requests for guest posts or interviews.

Offer a Solution
As appealing as it may be to generate a little buzz simply by pontificating about a problem from the comfort of your virtual soapbox, those who can actually offer a solution are likely to gain an even wider hearing. Listen for stories involving problems you or your client’s business can solve—even partially—and then make your capabilities known far and wide.

If someone publically raises doubt about your solution, so much the better. Nothing will spread your name around further than a healthy debate, especially if it is one you can win.

Make Yourself Know a Source
Perhaps the most effective way to engage in newsjacking is simply to let the media know you have expertise to contribute on a given topic. When a news story arises that you can speak intelligently on, let your connections know. You may even want to go as far as making yourself available through online resources like Help a Report Out, a website that connects journalists to sources and subject area experts.

Keep in mind that while you can write releases and craft interview answers, you really will not have any direct control over how you or your client is portrayed in the reporter’s story.

Potential methods for successful newsjacking are almost too numerous to count. Take advantage of them. As a successful newsjacker, you may not own the headlines, but your name will stand out in the copy. For that, your bank balance will thank you.

Matthew R is a freelance writer available on WriterAccess, a marketplace where clients and expert writers connect for assignments.