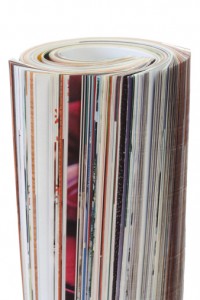 Are these the golden days of the content marketplace? One could certainly make the argument that the saturation of writers coupled with the rising number of clients looking for good content has created a sort of modern Renaissance. While some content service providers act as a GPS system, directing and navigating clients to writers who best suit the task at hand, this isn’t always the case. In other words, finding good content can also be a crap shoot. If you’re looking to hire a ghostwriter, you never know if you’re going to end up with the next Norman Mailer, Tom Wolfe or Truman Capote, or just another writer with a hush in his or her voice and a pale beige tone.

New Journalism isn’t really new anymore. Writers like Mailer, Wolfe, Capote and Hunter S. Thompson came to define the genre in the late 1960s and 70s. From Capote’s “In Cold Blood” and Mailer’s “Armies of the Night” to anything that Thompson penned for Scanlan’s or Rolling Stone, New Journalism, above anything else, tackled the resemblances between fact and fiction, whereas older styles of journalism sought to downplay those resemblances. While the many writers frequently grouped together as New Journalists are as diverse as New York Times best sellers and postmodern experimentalists, their underlining manifesto is the same: The distinction between fact and fiction is not important because fiction, in the end, is the only shape we can give to the facts.

The Old Is New Again

There is an inherent connection between New Journalism and blogging. One could take the stance that blogging is really nothing more than an offshoot of that once popular and exciting genre. While most freelancers and content creators are not writing journalistic jewels like Plimpton’s “Paper Lion,” Thompson’s “The Hells Angels” or McGinniss’s “The Selling of the President 1968,” they are, however, incorporating many of the same tools and techniques that New Journalists were fond of.

1. New Journalists were recognized for inserting themselves (first person narratives) into the event or occasion being covered. Whether it was the Democratic convention or the Kentucky Derby, straightforward, objective reporting was replaced with a subjective experience. After reading Hunter S. Thompson’s seminal piece “The Kentucky Derby is Decadent and Deprived,” you still have no idea which horse won the race in 1970.

The same subjectivity, however, that is the cornerstone of New Journalism is also the foundation of blogging. How many restaurant blog reviews have you read where the writer failed to mention the wine list, dessert menu or comment on the ambiance?

2. Michael Wood, a professor of English at Columbia, sums up New Journalism with the following statement:

“There is a certain elusiveness on the part of the writer. The more he puts himself forward, hopping about inside his own story, nattily dressed, bearded, eccentric, acting up, the less we seem to know about where he stands.”