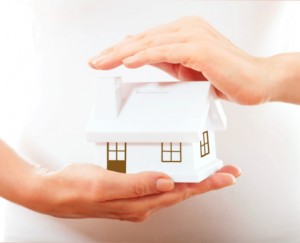 Real estate and mortgage website content may seem like they are now operating in the same real estate environment as before 2008, but for anyone paying attention the environment has changed significantly. Granted, in mid-2013 the industry is hopping on the news that markets and neighborhoods are starting to heat up again with sales and refinancing, but the subtle rules of financing paint an entirely new environment for buyers. Writers need to be cognizant of this new dynamic as well as mortgage content providers.

The national 2008 Recession was heavily attributed to over-inflated real estate values and the mortgages that financed them. These loans were then packaged and bundled into investment tools that banks heavily bought to hedge their other liabilities against. When insurance companies for financial investments couldn’t back losses on the stock market, and mortgages themselves began to collapse in multiple foreclosures, the banks technically became insolvent. Many in the U.S. were shut down and their assets transferred off to other banks still holding onto survival.

In response to this shakeup of the financial markets, the government bailed out a large number of big banks and automakers with $47.5 billion. However, it also rewrote the rules on how mortgages would be approved in the future. Tighter rules, screening criteria, and applicant requirements are now in place due to legal changes.

Content providers and writers presenting the new mortgage world in 2013 have to be very cognizant and clear about minimum requirements for borrowers today. A large number of mortgage brokers, lenders, borrowers, and real estate agents are now being investigated and prosecuted by federal and state governments due to how they sold mortgages prior to 2008. As a result, how home loans are characterized now is not just important for sales—the work is also important in helping prevent new home purchase deals from turning into criminal charges for fraud or potential fraud.

Second, lending criteria is far tighter, and writers need to make sure their material acknowledges this. For example, refinancing of home loans requires a minimum loan-to-value ratio of at least 80 to 85 percent. Anything more, and loans are not even being attempted for refinancing. Writing that avoids this clarity can be potentially accused of being misleading down the road.

Lastly, credit history and good credit scores are very critical to the success of a mortgage application now. Writing needs to be clear both on the level of scoring needed as well as what scores mean and how they are influenced by different financial behavior over time. Without that information, potential readers and applicants will be left very confused on what’s needed to get approved for a mortgage.