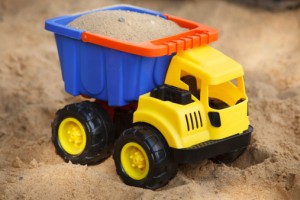 Just as weirdly fascinating as those conspiracy theories that float around the web like wayward dandelion seeds , the Google Sandbox Effect has its own throng of passionate believers and equally adamant naysayers who can neither prove nor disprove its existence. Referenced by owners of websites that are new, change ownership frequently or have been inexplicably cast into the depths of SERPS (Google Search Engine Results Pages), the Google Sandbox Effect describes a theoretical situation initated by Google to temporarily condemn unestablished websites or sites that employ an unprofessional web content writer to the bottom of the search engine barrel until the site proves to be “worthy” of Google’s ranking criteria.

Believers of the Sandbox conspiracy theory assert that it may take up to one year or more before the Google gods determine that a website is deserving of a promotion on SERPS. They also speculate that the Sandbox emerged from the depths of a convoluted and scorchingly wicked algorithm Hell when Google made changes to its process of ranking websites several years ago.

Loathed and misunderstood by many exasperated website owners, Google’s Sandbox algorithm genuinely intended to improve the quality of sites published on the Internet. Specifically, algorithm changes targeted spam sites that were promotional and temporary in nature. It also reproached websites that attained high statuses on search results due to the deliberate integration of black hat SEO techniques in its content such as keyword stuffing, links to “doorway” or fake sites, and using invisible text to attract search engine spiders in an unethical manner. This is why the importance of hiring an expert web content writer is so vital to a website’s search engine ranking.

Reasons that your website may be lying six feet under in Google’ Sandbox include:

Unburying Your Site for the Sandbox

Avoiding the netherworld of the Sandbox that no one visits means keeping your website content fresh, dynamic and constantly changing, maintaining valid links and using distinctive keywords that are naturally integrated into the content.

So if you want to play on top of Google’s Sandbox, invest your time and money in hiring the best web content writers you can find and stay as far away as possible from spinners, keyword stuffers and unscrupulous black hatters.