Judge a Book By Its Cover: How Great Titles and Headlines Hook Your Content Reader 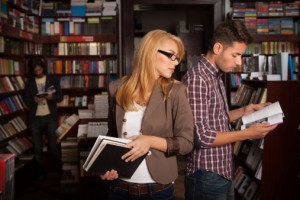 In the communication age, where information onslaughts our senses on a daily basis, the need for strong, catchy titles and headlines for articles, ad copy, blogs, and so forth has never been greater. Today, the writer of content for the web, or a press release writer worth their salt, had better have in their arsenal the ability to write clever, witty, entertaining, and informative titles and headlines that will quickly hook the reader and send that prospect into the meat and potatoes of the text.

I’m sure now and again, someone will click to a blog page or a social media platform in search of some basic information, or an existing customer will visit a website ready to buy, a “lay down” in sales terms, and in those cases the most boring title in the world likely won’t deter this person from carrying out his modus operandi.

But the point of this exercise is directed at the countless other people who are surfing the web, shopping the net, and seeing what’s out there for the taking in that sea of media and information. In marketing terms, the reader of your content is the prospect or customer of your client, and if your title doesn’t instantly grab that prospect, he’ll probably click to another page, taking his business with him. However, through the use of plays on words, metaphors, humor, and wordplay, you can write great titles and headlines that should greatly decrease the chances of that eventuality.

Again, you want to hook the reader, “catch” that prospect. Think of it like going fishing. You drop the bait, and they take it. That’s what an effective title or headline does. Below are a couple of my favorite titles for blogs I’ve written. Accompanying each title is a basic breakdown of the particulars that went into constructing it.

This is a title for a blog pertaining to an online film streaming site, enticing prospects to watch their Hitchcock and other suspense films. Part of the wordplay here is stating the subject of the blog, Alfred Hitchcock, followed by a colon, and that followed by an expounding on what the blog says about the subject. More wordplay is using the metaphor “film suspense maestro” rather than film director, for it’s the director who “conducts” the film, per se. Humor is provided by “no macguffin,” to describe Hitchcock. The macguffin was a plot device in Hitchcock that drove the characters but was irrelevant to the story. Hitchcock was very relevant as a director, hence “no macguffin.”

“Final Take: Everything but the Popcorn!”

This is a title for a blog promoting a new marketing and distribution website for filmmakers. Again, the subject, colon, and expounding wordplay. Humor in “everything but the popcorn!,” because the site provides so many services.