Inside Marriott’s Digital Newsroom: Will 2016 Be the Year Brands Become Publishers? 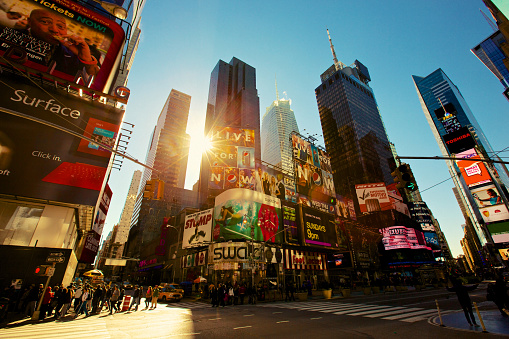 In the last year, Marriott has gone from billboard and print advertising campaigns that took months to plan to real-time response billboards in Times Square and branded content that includes two short films. The biggest change, however, may be the brand’s “content control room” – dubbed “M Live” – at Marriott’s headquarters, reports the Financial Times. Built specifically to help the brand monitor the changing digital landscape, the control room reflects the brand’s move from travel conglomerate to global content studio.

“We are a media company now,” David Beebe, Marriott’s Emmy-winning vice president of global creative told Contently last December. “You can’t argue with the fact that people aren’t engaging with traditional [advertising] and this is the way to do it. You have to try it.”

Major brands like Marriott are using content to drive community and commerce in fresh, exciting news ways. Boston Consulting Group predicts the branded content market will grow by 20% over five years, leaping from $10 billion in 2014 to $25 billion in 2019. Digital and mobile innovations are creating new touch points between brands and customers. By becoming creator, producer and distributor, Marriott’s in-house approach flies in the face of conventional content creation. Whether you’re a content writer for hire or a branding agency, it’s critical to understand what Marriott is doing differently– and what Marriott’s approach means for other major brands in 2016.

The Power of Real Time Response Across Digital & Print Medium

The digital world moves fast: trending memes and hashtags are quite literally here today and gone tomorrow. Capitalizing on the natural momentum behind current events requires an immediate digital response strategy. Most brands have distinctly siloed marketing and creative departments, however, making it a unified, immediate response a near impossibility. That’s why M Live is so revolutionary. By creating a centralized control room with representatives from all departments (including social media, buzz marketing, creative and content, and PR), the M Live team manages Marriott’s 19 brands through a centralized platform.

Consider the case of the missing Ruby Red slippers. Last August, an anonymous donor offer $1 million for the safe return of the slippers after they were stolen from the Judy Garland Museum. Matthew Glick, Marriott’s Senior Director for Creative + Content Global Marketing Group (and a CBS alum), told Contently that the news immediately lit up Marriott’s social media pop culture tracking board. Marriott launched an immediate social media and billboard advertising campaign to piggyback off the news, offering 1 million Marriott Rewards points for any tip leading to the shoe’s safe recovery. The M Live team had a social media campaign and Times Square billboard approved in a matter of days rather than the typical 2 months.

Erin M ghostwrites extensively on behalf of B2B companies to support their content marketing and thought leadership campaigns, and her clients range from major Fortune 500 companies to small business startups. When not crafting custom content solutions, you can find her adding stamps to her passport, scuba diving, or perfecting her secret cheesecake recipe.