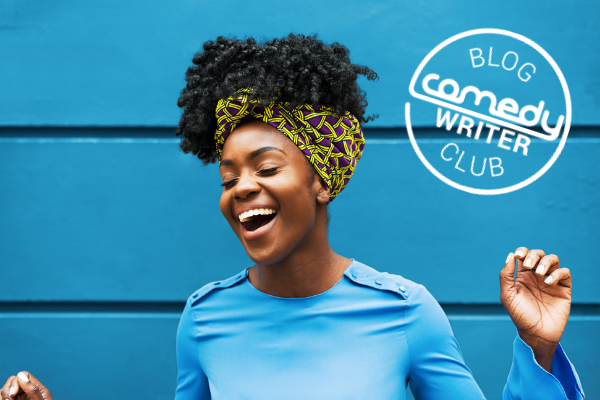 “If you can laugh at yourself, you are going to be fine. If you allow others to laugh with you, you will be great.” – Martin Niemoller

Actor, writer, and side-part enthusiast Tina Fey is great. There are many reasons for that greatness, but one factor is undoubtedly Fey’s masterful ability to be the butt of the joke and at the same time be someone with whom you’d unreservedly share your night cheese.

Fey turned her own flaws – albeit in greatly exaggerated form – into a hit television series. Can other brands use self-deprecating humor and find the same success?

Use it to Paint Yourself as Approachable

Loyal customers spend a whopping 10 times more than new converts, making it crystal clear that longevity matters in client-consumer relationships, but it’s difficult for shoppers to get attached if a brand lacks personality. Building rapport requires exposing yourself a bit (in the legal, safe-for-work way, of course).

Self-deprecating humor is a way to connect with customers by humanizing your brand. You’re not a nameless, faceless entity run by execs who wipe their nose with $100 bills, you’re a company that posts the outtakes from the CEO’s commercial shoot with a tongue-in-cheek caption and embraces potty humor because there’s no use hiding the fact that toilet time is what your brand is about.

Beat Your Critics to the Punch

News flash: you’re not perfect. You’re going to screw up, and sometimes those screw ups will be so big they literally explode. Samsung wasn’t going to win any new fans by making light of their highly combustible new product, but other brands can turn more moderate mistakes into a chance to address a weakness.

When errors occur, address them quickly. By staying on the offensive, you control the narrative, giving you the power to address that weird logo snafu or warehouse oops from a place of power rather than a defensive posture that looks a lot like you cowering in the corner wearing the cone of shame.

In early 2018, KFC ran out of chicken in their U.K. restaurants. The gaffe ruffled the feathers of many poultry-craving customers and the company knew it had to react quickly. The answer? A now legendary full-page ad featuring a creative rearrangement of the KFC initials and an apology. The eye-catching mea culpa helped calmed down irate tweeters who went from threatening to take their business to Burger King to declaring that the Colonel’s minions “won the internet”.

There’s thin, rather scary line separating skillful self-deprecation and party-ruining whining. No one wants to hang with the guy who’s so busy feeling sorry for himself that he forgets to have a good time. There’s a reason Eeyore keeps losing his tail – even his own appendage couldn’t stand living under a constant black cloud of moaning and groaning.

How do you know when the jokes have gone too far? Poking fun at yourself is an art, and it can be difficult to know when to stop. The best method is use your one-liner as an opening and then follow up the chuckles with something of value that underlines your authenticity. KFC did a brilliant job of that by grabbing attention with slightly naughty graphic, punctuating the faux logo with a stab at their own ineptitude, then wrapping it all up with a sincere apology and a promise to do better.

Speaking of authenticity… few thing make you want to crawl out of your skin faster than witnessing someone who’s trying too hard. Anybody remember Denny’s ill-fated mascot from late 2017? If you’ve blocked it out (congrats, by the way), here’s a reminder: it was a sausage wearing a fedora accompanied by a tagline that said “snap the slams”. It’s not self-deprecating humor, but it is a good example of a marketing campaign that makes you feel embarrassed for brand rather than enamored by it.

If you’re a funeral home, don’t try to draw people in with a not-so-hilarious post about the time you lost someone’s grandma. And if you’re a investment management company catering to the 1%, self-deprecating humor may not be for you at all. And that’s okay too. Trying to be cool or funny when you’re not isn’t a way to branch out, it’s a way to usher your brand into an era of massive fail. If you can’t reference your own shortcomings with considerable skill, consider not doing it at all.

Millennials wield incredible buying power, and half of that demo wants to buy from brands that “say something about who I am, my vales and where I fit in.” While brands can reach out to their core audience myriad ways, self-deprecating humor opens the door and invites onlookers in for coffee and commiseration.

When you’re strategically vulnerable, consumers sit up, take notice, and take out their wallets. Kind of funny, right?