How to Use Metaphors in Writing 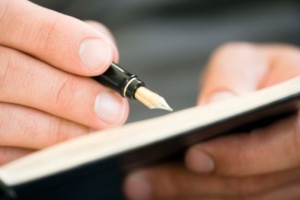 We’ve all gotten that one boring assignment that we have to write and you have no idea how to make yours stand out in the crowd. The best way to make your writing pop is to give it a little kick and using metaphors give it just that. Using a metaphor is pretty simple and they make your writing sound like a million bucks.

When you’re trying to think of a metaphor think of the thing you’re trying to describe and try to give it some qualities. Imagine how it would smell or sound, think of what it would say or look like. Think about what it would do or what it reminds you of and try and make it as poetic as possible. For example “his eyes shined like the stars in the sky” sound much better than “his eyes we’re bright and shiny”.

Another great way to use metaphors is to write your thoughts out in the most elaborate way possible. Expand on the metaphor itself rather than the object, which in turn make the object carry a more powerful weight in your writing. When saying “his eyes shined like the stars in the sky” elaborate on how you imagine the stars looking “his eyes shined like the brightest star in the sky, littering the darkness with its glistening light”. Although the stars were the main point of description it makes the eyes seem more beautiful than the first metaphor used.