How to Cut Out Adverbs and Boost Your Writing 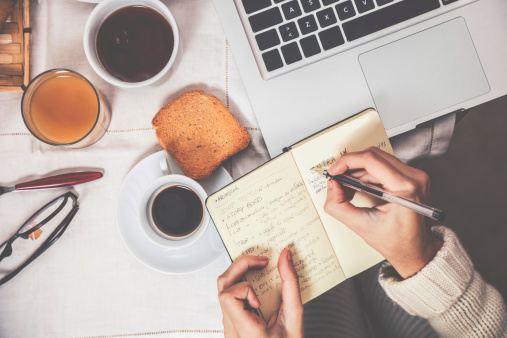 Think back to your grammar lessons in elementary or middle school. At some point, you learned that a noun was a person, place, or thing, that an adjective describes a noun, that a verb describes an action, and that an adverb can describe a verb, an adjective, or even an entire sentence. Wow, you might have thought: Adverbs are awesome. They can do so many things!

I’m hear to tell you that they are not. Adverbs tend to weaken things. They turn a descriptive, engaging piece of a writing into a drab reading experience. If you’re using adverbs in your writing, you might be making it less effective. You can think of adverbs as a writer’s cop-out. Instead of taking the time to paint a vivid picture for a reader, he or she is taking a shortcut by adding a word that ends in “-ly” (most of the time) to modify the verb. All isn’t lost, though. If you make frequent use of adverbs when writing content, help is available!

How Do You Know You’re Using an Adverb?

First things first, it helps to make sure you know when you’re using adverbs. The “-ly” ending is usually a clear giveaway. Take this sentence for example: “The writer cried loudly when she found out that adverbs were off-limits.” “Loudly” describes the type of crying the writer did. It lets you know the way the writer cried, but it doesn’t do much else.

Not every adverb ends in “-ly,” those tricky things. For example, “well” is an adverb, as in “he did well on his test.” Adverbs can also modify adjectives, as in this case: “She didn’t enjoy the mildly flavored gaucamole.” “Very” is another adverb that’s often used before adjectives, as in “the very tired girl took a nap.” Using “very” in that sentence doesn’t add much to it. You already know that the girl is tired, because she’s described as such and because she’s taking a nap.

How Do you Stop?

You’ve seen the error of your ways and you want to eliminate adverbs from your writing, or at least limit their use as much as possible. There are several ways to trim the adverb fat from your pieces.

One option is to pick a more descriptive verb to use. In the example above, instead of crying “loudly,” the writer can “howl.” Another option is to use adjectives and nouns to describe what’s going on. For example, the writer could “cry, with tears streaming down his face, making a sound that echoed through the room, when he she found out that adverbs were off-limits.”

Use the same rule when cutting out adverbs before adjectives, too. Think of a more descriptive and showy adjective. Instead of “mildly flavored guacamole,” you can describe it as “bland guacamole” or even “guacamole that tasted like cardboard.”

Before you send any writing to your clients, give your pieces a read over, looking for adverbs. Question the use of any of those adverbs in piece. You might be able to use more descriptive words or you might be able to eliminate the adverbs. Try reading the piece, skipping over any words such as “really” or “very.” It will flow better and you’ll end up turning in a sharper, tighter piece to your client.

Writer Bio: Amy F is a freelance writer based on Philly. She enjoys writing about home and garden, personal finance, and shopping.