How To Break News Stories 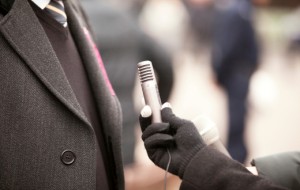 Reporters covering the 2012 American presidential campaign were “acting primarily as megaphones” for the campaigns, according to the Pew Research Center 2013 report on American journalism.

The coverage has become so bad that about 31 percent of the people who were trying to follow the campaign have “deserted” a print or broadcast outlet that they used to rely on because “it no longer provides the news and information they had grown accustomed to,” according to a special report that was part of Pew’s 2013 report.

As I read the Pew reports, I thought to myself, The journalism industry has been a mess for years because journalists don’t know how to break stories. In fact, many journalists have been de-facto freelance press release writers for government officials for decades.

I came to my negative conclusions about journalists while I was covering several towns and school districts for The Chicago Tribune about 20 years ago as a young reporter. Most editors would insist that their reporters go to every governmental meeting even when reporters told them that nothing of news value was going to happen at a particular meeting. Consequently, I went to many meetings attended by five reporters and zero members of the community.

Reporters were covering the wrong news. This was also evident nationally. Hundreds of reporters followed the president wherever he went, but they repeatedly missed big stories because they acted as megaphones rather than investigative reporters. American journalists missed the Iran-Contra scandal for years, and it was ultimately uncovered by a Lebanese magazine.

I was lucky. I told my editor that I could break more news stories by covering fewer governmental meetings and spending more time investigating what was really happening in the communities that I covered. He agreed. Consequently, I broke so many stories that reporters from other newspapers repeatedly told me that their editors constantly criticized them for missing stories.

Here are my tips:

The feedback I got from other reporters showed that I made the correct decision to cover fewer governmental meetings. Unfortunately, their editors wouldn’t let them do what I was doing. Why? They feared they would miss something big.

The editors were mostly wrong. A few times per year, I was a day late on a story because I didn’t attend a meeting. In the meantime, I broke several locally big stories per month that their reporters missed.